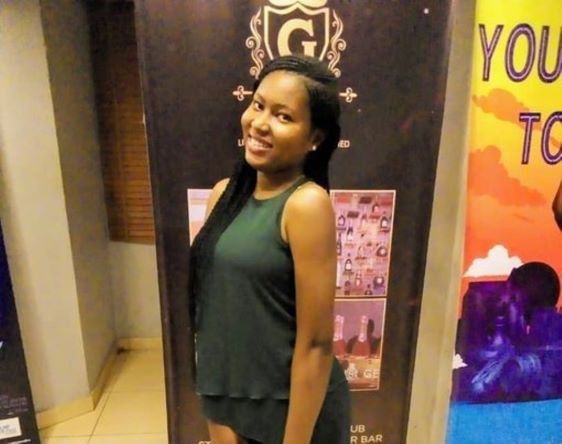 The grieving father disclosed this later that morning while hosting a visiting delegation of the National Union of Benin Students (NUBS) led by its President, Iguma Itohan.

“Elder Omozuwa narrated how he was threatened earlier on Friday morning via phone call before the NUBS arrival by an anonymous caller,” NUBS said Saturday in a statement made available to News Express. “Details on this are confidential and will remain so to help the police complete investigations,” the union said in the statement signed by Itohan himself.

NUBS said in the statement that Elder Omozuwa “used the opportunity to debunk some of the misinformation in the media about the death of his daughter.”

The statement reads: “Sequel to the news of the demise of a UNIBEN student and innate member of National Union of Benin Students (NUBS), late Omozuwa Uwaila Vera who passed on 30th May 2020, the leadership of NUBS, led by Enogie Iguma Itohan and her concerned members yesterday Friday 5th June 2020, had a peaceful march around king square axis in Benin City, and paid a condolence visit to the family of the deceased.

“The Union leaders and members assembled at Urokpota Hall at King’s square where we prayed for the family of late Miss Omozuwa Uwaila Vera and asked God and our ancestors to grant her weary soul eternal rest as well as grant us safety during the peaceful demonstration and visit to her family.

“At the end of the peaceful demonstration, the union made her way to the house of Elder Omozuwa Johnson, the father of the deceased. NUBS was received greatly even though the atmosphere revealed that vacuum was created by the death of late Miss Uwa.

“Elder Omozuwa Johnson who spoke on behalf of the family thanked the members of the Union for affiliating with his family in their time of trial and grief.  He recounted the indispensability of various student movements in creating heightened awareness and drawing the attention of relevant authorities to the situation via media and protests. He further narrated the tragic occurrence that led to her demise.

“Elder Omozuwa in appreciation thanked the management and students of the University of Benin for their show of love and care. He also thanked the management of University of Benin Teaching Hospital particularly for their pivotal role in her treatment for about three days before she gave up the ghost. He said if anything humanly possible could be done to bring her back, he knows the hospital would have done it.

“He appreciated the Governor of Edo State and his wife as well as the new  commissioner of police for all of their contribution so far and pleaded that ‘we do not pray that such acts repeat itself but if it does to other people, the same hand of encouragement that reached out to his family  should be extended to others’.

“He also expressed gratitude to individuals, firms and organisations that have so far called and even paid visits to console the family in the last one week.

“About the deceased Miss Uwa, the father remarked that he loved her so much. The mother also in her remark ascribed her to be a jewel and a star, extremely brilliant and hardworking.

“NUBS ably represented by those present expressed our deep condolence and promised to do more in ensuring that proper awareness is made and relevant authorities are coerced to act proactively by all means possible.

“For the sake of clarity on some speculations by the media, questions were asked by the NUBS president Iguma Itohan and answers were provided by the father, Elder Omozuwa Johnson. He began by pointing our attention to the fact that there are a lot of rumours out there and some are not reliable while some are transmogrified. He furthermore pleaded that in quest to find justice, we should be mindful of the information we propagate especially if its veracity is not well ascertained.

“As regards the apprehension of one suspect that reporters and the police force had previously announced, Elder Omozuwa said he wasn’t informed about any of such improvements. He however said it’s possible the police are keeping him away for proper fluidity in investigations. He advised that we should be patient with the law enforcement agencies as they carry out proper investigations because they hold the sword of justice.

“He also made clarification on the rumour of the church building where the incident happened that was said to have been set ablaze. Elder Omozuwa briefed us on his role in ensuring the church wasn’t burnt by angry mobs. In a classical show of wisdom and integrity, Elder Omozuwa had instructed his close relatives to swiftly remove the sign board at the front of the worship centre and bring it to his house through an opposite route from the one the angry mobs took. This made it difficult for the angry mobs to locate the church. In a way to verify the information, he asked people to lead us to the church and the information was confirmed. As at the time of visit, the blood of late Miss Uwa was still seen inside the now deserted church. Elder Omozuwa however demanded an apology from the media who claimed that the church was burnt down because of his daughter.

“Elder Omozuwa confirmed that he wasn’t turning from Christianity by virtue of what happened in contrast with the speculation by some media that he wasn’t changing religion because he lost his child. He however explained that he has always been a traditional man who has always joined hands with the Oba in ensuring a peaceful and safe Edo land.”

Twenty-two-year-old Vera Omozuwa and was reported to have died from the injury she sustained after an attack on May 27 when she went to the Redeemed Christian Church of God (RCCG) parish in Edo Province 10, Ikpoba Hill, Benin, to study. She was said to have been raped by her attackers.