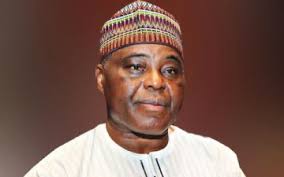 The private secretary to the founder of DAAR Communications, High Chief Raymond Dokpesi, Mr Macaulay Ogbaki, popularly known as Ogbaki is dead, according to a report by PorscheClassy News.

The report said that Ogbaki died Friday (May 1, 2020) evening in Lagos. It did not say that the death had anything to do with the COVID-19 pandemic.

According to the medium,  “Ogbaki has been battling an undisclosed ailment before he eventually passed away this evening.”

However, TheConclaveNG, as of the time of filing this report, had yet to independently confirm the death of Ogbaki which reportedly happened on a day his principal and seven other members of his family tested positive for COVID-19 and evacuated to the isolation centre at Gwagwalada for treatment.

His son, Dokpesi Junior, had, three days ago, tested positive for the virus and was immediately evacuated to the centre at Gwagwalada where he has been receiving treatment.

Contact tracing by the NCDC of those who had contact with Dokpesi Junior within the family and on the premises of AIT, which is a stone’s throw from the residence on Kpaduma Hills had culminated in the discovery of the eight close family members, including his father, who tested positive for the virus.

Second time round, wife of Ooni of Ife renounces her title,...