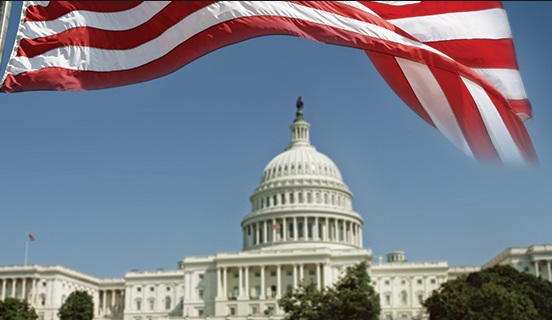 By Peter Hermann and Emily Davies

Police are trying to determine whether the same people involved in the fatal shooting of a man early Monday at a gas station in upper Northwest Washington also shot and wounded a 75-year-old Uber driver hours earlier and a mile south in Tenleytown.

“We are exploring the possibility,” said Brianna Jordan, spokeswoman for D.C. police. She said detectives “are very early in the investigation.” Police said robbery is a possible motive in both incidents.

The shootings on well-traveled roads have worried residents in some of the District’s more affluent neighborhoods and come amid a 15 percent increase in homicides from this point in the year in 2019. No arrests have been made.

Police identified the man who was slain as Alexander Nwogu, 23, of Blacksburg, Va. One of his best friends and classmates said Nwogu graduated in May from Virginia Tech with an engineering degree and had just started working at a consulting firm in Northern Virginia.

A police report said Nwogu suffered blunt trauma to the back of his head and a single gunshot wound to the middle of his back. He was pronounced dead at the scene.

D.C. Council member Mary M. Cheh (D-Ward 3) said she and her constituents are worried that the crimes were random.

“Shootings, murders are not the normal fare in Upper Northwest,” Cheh said, adding that the two incidents “look like random street crimes. That’s the worst, because you really can’t protect yourself. It could happen to anybody.”

The shootings come two weeks after a man was fatally shot Sept. 24 in nearby Friendship Heights in what police described as a robbery involving marijuana.

Nwogu was shot about 1:30 a.m. at a Shell gas station in the 4900 block of Connecticut Avenue NW, at Fessenden Street, on the border of the Chevy Chase and Forest Hills neighborhoods.

Crime statistics from police show few violent crimes in those communities this year and no slayings before Monday.

The gas station is open 24 hours. It’s next to a fire station on a busy stretch of road just south of a popular strip of retail shops. that include the Politics and Prose bookstore and Comet Ping Pong pizza.

Television news reports showed what appeared to be the victim’s vehicle being towed away from the gas station by police.

At a community meeting Monday evening, police Cmdr. Duncan Bedlion, who oversees the 2nd District station, told residents “robbery is a possible motive” in the slaying. He promised to saturate neighborhoods with police.

Phil Waggoner, a 47-year-old who lives near the gas station, said he hopes the District “can actually do something proactive rather than reactive. We don’t get shots fired and murders every weekend, but we certainly have stolen cars and home break-ins every weekend. It’s all related.”

A spokesman for Virginia Tech said Nwogu received a bachelor’s degree in industrial and systems engineering. The Roanoke Times featured Nwogu in a story in May about seniors having to forgo a traditional graduation because of the coronavirus pandemic.

Nwogu told the newspaper that his father, an officer in the Nigerian army, had planned to travel to the United States for the graduation but canceled when the in-person ceremony was called off.

“Having him come and see me walk across the stage would have been closure,” Nwogu told the newspaper. “To lose that experience is heartbreaking.”

Nwogu’s friend and fraternity brother William Ventura, 22, said he had been in touch with Nwogu’s family but the death had not yet sunk in. “He had a beautiful soul and he would have done a lot in this world,” Ventura said in a brief interview. “He was taken way too soon from us. It’s not fair.”

The earlier shooting occurred about a mile south of the gas station near 40th Street and Wisconsin Avenue, in Tenleytown.

Alexander Bamfu Mireku, the 75-year-old Uber driver, said he had parked his Toyota Camry near a liquor store and was waiting for a fare when two men ran up to either side of his vehicle.

“The men started coming faster and I put my car in drive,” Mireku said. “He shot at my car.”

Mireku said his driver’s side window shattered as he sped off to find a safe place to stop and call 911.

Police said the bullet struck Mireku in the upper left arm. Later, he learned of the fatal shooting at the gas station. He said he wonders whether the crimes were committed by the same people.

“The police told me I was lucky and smart,” Mireku said. “If the bullet had gone a little bit lower, it could have gone through the left side of my chest.”

Magda Jean-Louis contributed to this report.