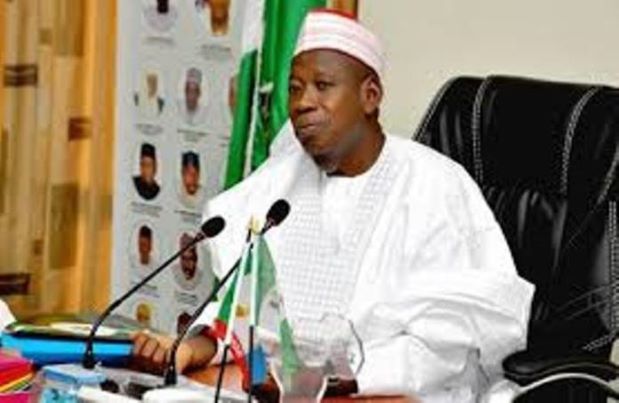 The Chairman of the All Progressive Congress National Campaign Council, Abdullahi Ganduje, on Monday said the opposition Peoples Democratic Party took the Edo State Governor, Godwin Obaseki, in because he is in control of the state treasury.

Ganduje said this while addressing Journalists soon after the campaign council was inaugurated at the APC National Secretariat, Abuja, on Monday.

He also said the APC was not bothered about the governor Nyesom Wike-led Peoples Democratic Party National Campaign Council because the APC has a candidate who has all it takes to win the governorship election.

Osagie Ize-Iyamu, the party’s candidate for the September 19 governorship election in Edo, would, amongst other major contenders, face Obaseki, who recently decamped from the APC to join the Peoples Democratic Party.

400-level ABSU student jumps to death from a three-storey building after...