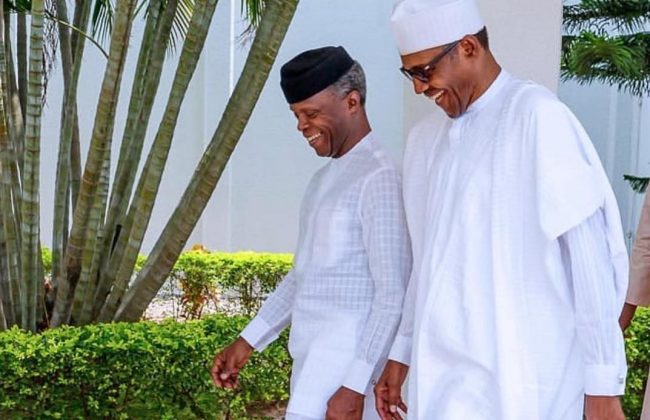 The opposition party in a statement by the National Publicity Secretary, Kola Ologbondiyan, said Nigerians had noted the blackmails, intimidation and threats coming from government quarters.

The opposition also accused the President and the ruling party of frustrating the whistleblowers and truncating the on-going uncovering of widespread corruption in ministries, departments and agencies

“One of such antics by this administration was the Tuesday July 28, 2020 press conference by the Minister of Information and Culture, Alhaji Lai Mohammed, wherein he dared Nigerians, particularly whistleblowers, despite revelations of rampant corruption virtually in all aspects of government under the APC.

“Our party is however not surprised that this corrupt administration resorted to distortion of facts and daring of citizens when its officials from the top to the bottom are all soiled in the foul potage of corruption.

“It is ridiculous that this administration seeks to claim credit for the investigation and unearthing of fraud in the Economic and Financial Crimes Commission (EFCC) when it is already public knowledge that the investigation only came as a result of pressure mounted by our party and other Nigerians.

“This is more so as the corruption in the EFCC under the APC had reached an embarrassing crescendo that it could no longer be concealed,” the PDP said

The party further stated that such humongous corruption in the EFCC under the ruling party confirmed the level of financial malfeasance and a shameful breach of trust by this administration, in which very top officials of the Buhari Presidency had been mentioned.

The opposition party challenged the APC-led federal government to give account of the N800 billion, which Lai Mohammed claimed to have been recovered, especially given allegations that recovered monies had been re-looted and shared among topmost officials of the Buhari administration and APC leaders.

“Rather than resorting to false performance claims, the expectation of Nigerians is that this administration would have sent Lai Mohammed to apologise for this display of gross abuse of position especially as it relates to the fight against corruption.

“We further invite Nigerians to note that Lai Mohammed, in his press conference, admitted that he could not go into the details of the various corruption issues in the Niger Delta Development Commission (NDDC), the Nigeria Social Insurance Trust Fund (NSITF), EFCC and other agencies.

“Our party holds that this is an evasion of gory tales of direct stealing, treasury looting and barefaced embezzlements by government officials and APC leaders as already exposed in on-going investigations at the National Assembly and at the presidential panel,” the PDP added.

The opposition party said with the shocking suppression of information related to corrupt practices, by no other person than the minister of information, Nigerians and the world at large were no longer in doubt that concealment of corruption in ministries, department and agencies was an official policy of the APC administration because their leaders are involved.

“This is the same reason the APC and its government had suppressed the prosecution of officials indicted in the N90 billion stolen from the Federal Inland Revenue Service (FIRS) in which top members of the All Progressives Congress (APC) were mentioned.

“Of course, the APC has not denied that it is the headquarters of corruption and also had nothing to say to reports by reputable international organizations, including the Transparency International (TI) that corruption had worsened under this administration.

“If the Buhari administration is indeed fighting corruption, Nigerians wonder why it has not addressed the involvement of APC leaders in the alleged looting of over N14 trillion, including the N9.6 trillion ($25 billion) as detailed in the leaked NNPC memo; the over N1trillion worth of crude oil using 18 unregistered companies linked to APC leaders as well as the sleaze in fraudulent oil subsidy regime,” the PDP added.

The party also challenged the minister of information to inform Nigerians why this administration had failed to address the direct allegation by the First Lady, Aisha Buhari, that the N500bn meant for Social Investment Programme under this administration was diverted to private purses.

The PDP further challenged Lai Mohammed to name those behind the $2.5 billion (N1.175 trillion) Chinese Gates oil theft scandal, in which officials of this administration were alleged to have been involved.

“We also challenge the minister to name those behind the looting in NEMA, NHIS, FIRS North East Development Commission and the NDDC.

“Moreover, in doing that, Lai Mohammed should also offer some explanations on his alleged role in the reported National Broadcasting Commission (NBC) N2.5 billion fraud, for which Nigerians had demanded his investigation by the ICPC.

“Of course Nigerian have not also forgotten how the nation was defrauded with a fictitious Nigeria Air which only flew on the internet under the watch of this administration.

“As a party, we sympathize with our nation for having an administration that is replete with looters, who in the last five years have been dipping their leprous hands into the till at the expense of governance while Mr. President’s silence makes him complicit,” PDP said.

The party said Nigerians already knew that due to the level of corruption in the current government the eight years of this administration would unfortunately end up as a wasted era, in which life of the ordinary Nigerians had failed to find any sort of improvement; be it on the economy, security, education, healthcare, urban development and other critical sectors.

“Indeed, the stench of humongous corruption oozing out of an administration that claimed to have come to clean an alleged Augean stable have constituted a huge embarrassment to Nigerians in the face of economic, political and security misery confronting our people in the last five years.

“The PDP stands with Nigerians in stating that no amount of propaganda, blackmail, threats and intimidation from the APC and the Buhari Presidency will stop them from continuing to expose the monstrous corruption being perpetrated by APC leaders and government officials under this administration.

“As a party, it is a sacred duty we owe our nation and we will not be cowed or intimidated to abandon this cause for the good of our nation,” the PDP said.

NUC, SSANU, others back Reps’ Bill to establish Federal University of...

Akeredolu says Amotekun is not in rivalry with others