The convoy of the  Borno State Governor, Prof. Babagana Zulum, was on Wednesday evening attacked by suspected terrorists while on his way to distribute relief materials to the Internally Displaced Persons (IDPs) in Monguno Local Government of the North East Nigerian state.

Fortunately, the Governor escaped unhurt and continued his journey to distribute the relief materials.

“The convoy of the Borno State Governor Prof Zulum was attacked in Baga this evening by a suspected Boko Haram, ISWAP unit. Prof Zulum is unhurt and continued to the ancient town of Monguno to distribute relief materials to IDPs. See something say something,” David Otto, a counter terrorism expert disclosed.

The information about the attack is still sketchy and the motive behind the ambush  unclear but sources say “ISWAP and Boko Haram factions are in desperate need of food and medication to feed their fighters and treat their wounded”.

They were also said to have opposed the relocation of IDPs which the governor strongly promotes as a peace-building initiative. 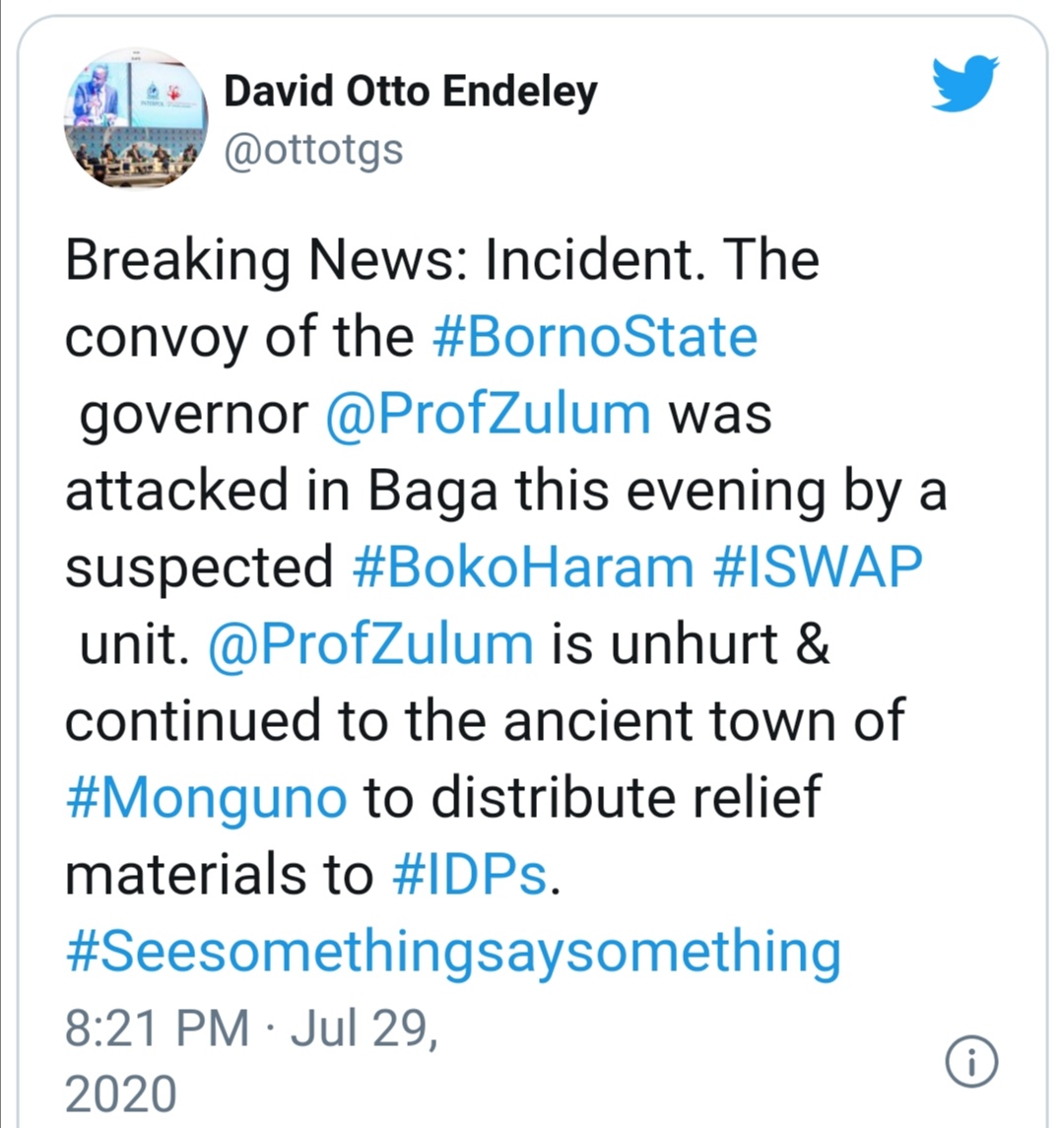 FG will be held responsible if Gov. Ortom is killed –...

FG to set up 5-man committee on complaints on IPPIS by...

Sack from Office: I’m not worried; Constitution says I can’t be...