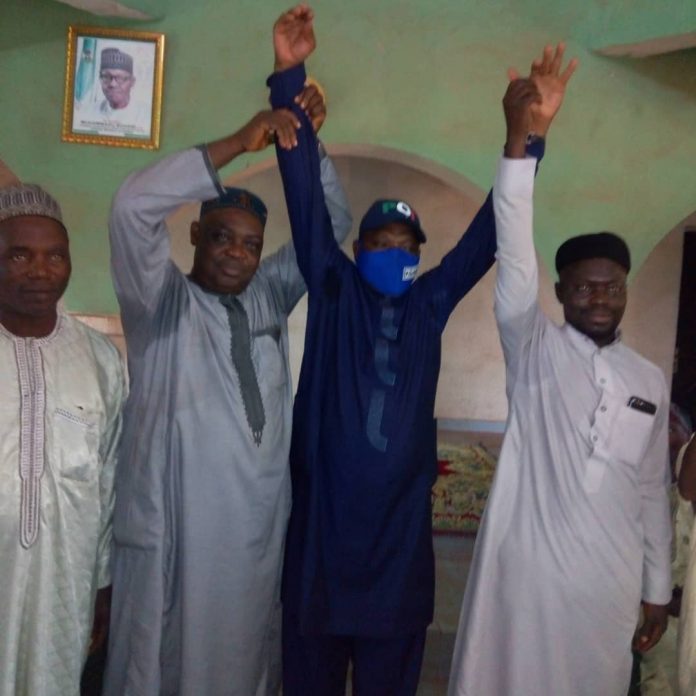 •prays for the joint APC governorship ticket, success of election

A significant royal endorsement was recorded Friday by the Edo state chapter of All Progressives Congress (APC) joint governorship ticket.

The palace of the Oba of Agbede received the deputy governorship candidate and son of the soil, Malam Gani Audu, in a carnival-like fashion.

The occasion was a formal visit to the palace of the Traditional ruler, Momodu of Agbede, by Malam Audu to intimate his royal father of his current political enterprise and his choice as running mate to the APC governorship candidate, Pastor Osagie Ize-Iyamu (POI). 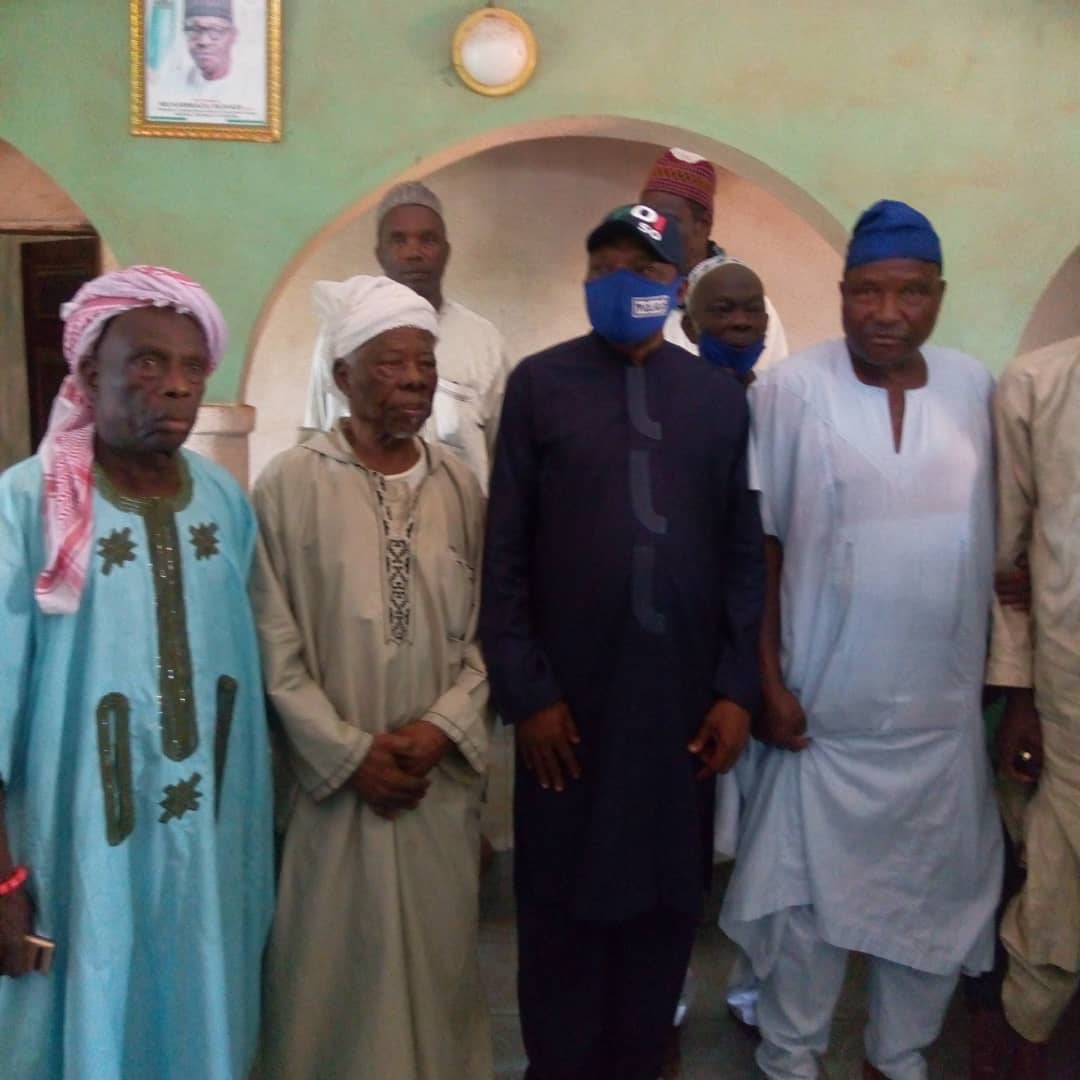 The excited traditional palace and elders of the community prayed for Pastor Osagie Ize-Iyamu, the APC Governorship Candidate and his deputy,  Malam Audu, who they said was a dependable son of the community. 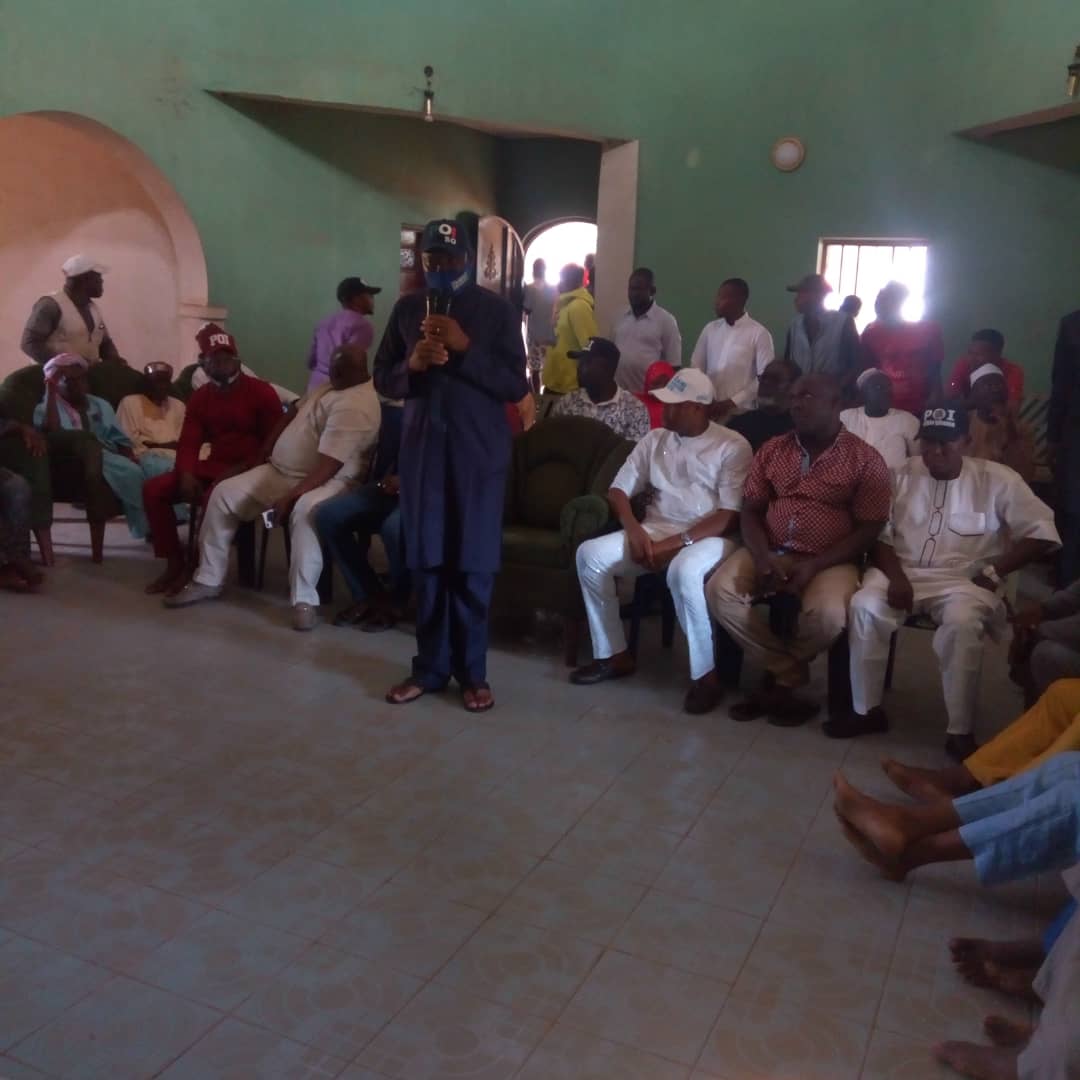 They recalled Malam Audu’s days as Etsako West Local Government Council Chairman, his achievements and prayed to the Almighty Allah to grant the ticket success in the scheduled September 19, 2020 governorship election in the state.

The Oba of Agbede and elders who spoke one after the other eulogised the person of Malam Audu, describing him as “a humble, loyal and God-fearing person.”

The Conclave reports that although the Oba is late, his eldest son, siblings, the Council of Chiefs led by the oldest among them, Abdullahi Empron, received the entourage of Malam Audu.

Prayer was said to have been offered for the APC joint governorship ticket and the success of the governorship election by the Chief Imam of Agbede, Alhaji Saadudi Shaka.

Reports said that Hon. Kingsley Ugabi, who was in the team of Malam Audu, spoke at the whistle-stop visit to the Palace in Agbede.

Opinion: Oshiomhole and the slippery household terrain; By Tony Erha