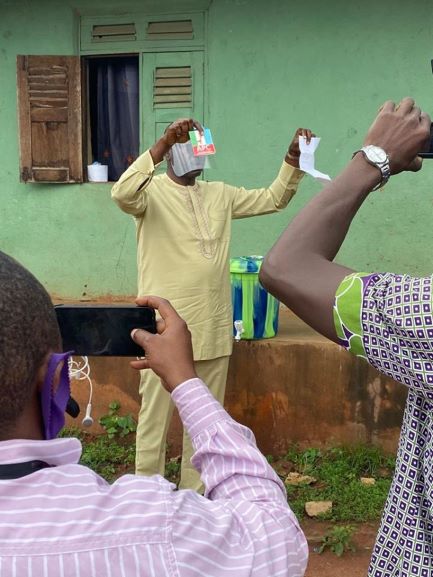 The party in in a statement by the National Publicity Secretary Kola Ologbondiyan noted that since Ize-Iyamu emerged as a candidate through the crudest primary governorship election ever, in the history of the nation, the people of Edo state had written off the APC, turned the party into a butt of street joke as well as a new metaphor for disdain for the people.

The party said already, on the streets of Edo state, Ize-Iyamu has become the new lexicon for APC’s crude attempt to suppress and lord it over the people of Edo state.

The PDP further stated that from all indications, only failure awaits the APC in the September election. This is because, going by the figures announced from the direct primary, which the APC conducted to produce Ize-Iyamu.

“It is clear that the totality of the members of the APC in Edo is far below 40,000, in a state where the membership and support base of the PDP soar well above three million.

“Moreover, the people of Edo state had been openly told by Ize-Iyamu’s godfather, Adams Oshiomhole, that he is not fit to occupy the office of the governor of Edo state for reasons he had also put in public space.

“According to Oshiomhole, Ize-Iyamu is only good for political “night meetings” and not to occupy the highest office in the state, where he will fail,” PDP said.

The party added that Edo people can also recall how Oshiomhole swore before God and man that people with the character traits of Ize-Iyamu should not be allowed anywhere near a public office like that of a governor.

“It is therefore nauseating that having degraded Ize-Iyamu across Edo state and beyond, the APC, in their arrogance and disrespect for the leaders and the people Edo, want to foist such an individual on the state through a shambolic primary election.

“Given the crisis that has destroyed the APC to its tatters, it is difficult to assert that Ize-Iyamu will be their eventual candidate. However, if he managed through, we welcome him to an issue-based campaign, though his godfather, in agreement with us, has since declared that he has nothing to offer,” PDP added.

Emotions as COAS Attahiru, 10 other senior officers are interred in...

APC governors, others rally to save Oshiomhole