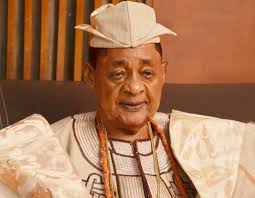 ▪︎Says monarch belongs to a class of his own

Osun State Governor, Mr Adegboyega Oyetola has congratulated the Alaafin of Oyo, Oba Lamidi Olayiwola Adeyemi III, on the occasion of his 50th anniversary on the throne, describing him as an extraordinary traditional ruler who belongs to a class of his own.

Oyetola in a statement by his Chief Press Secretary, Ismail Omipidan, said he was delighted to join indigenes of Oyo, Government and the people of Oyo State as well as millions of Yoruba sons and daughters across the world to celebrate the milestone reached by the monarch.

He lauded him for being a symbol of peace, unity and development, to not only his subjects but, also, the entire Yoruba race.

The governor who extolled the leadership qualities of the monarch, commended him for upholding the rich culture and tradition of the Yoruba, saying that sons and daughters of Yoruba were proud of his intellectual prowess and commitment to the cause of the Yoruba.

“On behalf of the Government and the good people of the State of Osun, I am delighted to join indigenes of Oyo town, the Government and the people of Oyo State as well as millions of Yoruba sons and daughters all over the world to congratulate his Imperial Majesty, Oba Lamidi Olayiwola Adeyemi III, the Alaafin of of Oyo, on the occasion of his 50th anniversary on the throne of his forefathers.

“It is my prayer that the Allah Almighty continue to bless Iku Baba Yeye and grant him more years of fruitful and peaceful reign on the throne,” Oyetola said.

“My mother tested negative to Coronavirus but still died due to...

UNILAG “crisis”: How Ogundipe renovated 2 official quarters for N90m without...

We have not many father, By Femi Adesina