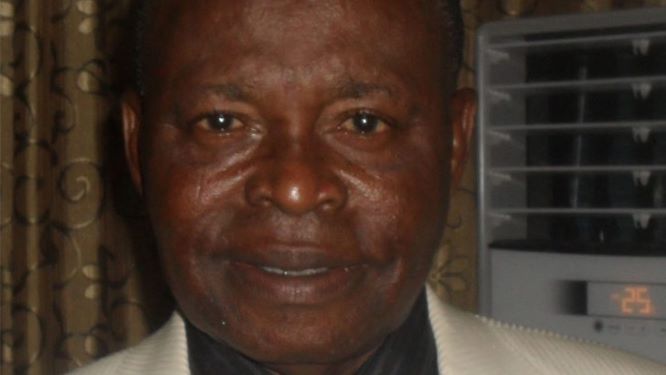 Former Chief Whip of the Senate, Senator Rowland Owie has described the death of a PDP Board of Trustees’ member, Senator Fidelis Okoro, as a monumental loss to the government and people of Enugu state.
In a statement, Senator Owie  said, “our hearts are heavy, laden with pains and grief, at the passing onto glory of a Gallant Officer and Distinguished Senator of the Federal Republic of Nigeria, Fidelis Okoro.
“The late Senator Okoro was a proud Nsukka Prince, an accomplished Nigerian, a quintessential unifier, whose unique personage and carriage came with an élan that was founded on the convergence of para-military reverence and legislative dignity.
“His uncommon courage was symbolic of the can-do spirit of the Igbos. His sense of purpose was not in doubt even as he used his position as a leading lawmaker to promote constructive engagement between the Legislature and the Executive.”
He cpntinued: “A thorough-bred Customs Officer rising to the pinnacle of his career in Service, he understood the dynamics and intricacies of governance and appreciated the significance of values-based leadership in public service.
“To his colleagues in the 4th Senate, he remained an alternative voice in calling government’s attention to issues of development and transparent governance, without minding whose ox was gored.
“He was brave, fearless  and instructive in his interventions both on the floor of he Senate and outside, in the course of other legislative business.
“He was one of our strongest pillars, both in his uncommon faith in our ability and his readiness to offer incisive contributions to sharpen public discourse in our shared commitment to transform Nigeria.”
Owie stated: “On a personal level, I worked closely with him as his Deputy in his capacity as Chair of the Senate Committee of Industries.
“With a background in Customs and Excise, he articulated a clear legislative industrial agenda for our Nation’s economic renaissance.
“My family and I would miss this great exemplar of distinction and deep conviction. Adieu, My brother and may the Almighty grant you eternal rest.”
Senator Owie prayed that the Almighty, the Benevolent, shall grant he Okoro family the fortitude to bear the loss and grant him peaceful repose in in his bosom.
Please follow and like us: