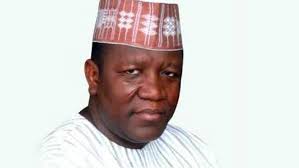 The immediate past Governor of Zamfara state, Abdul’aziz Yari Abubakar, has accused his successor and incumbent, Governor Bello Matawalle, of refusing to pay his pension and monthly upkeep allowances duly provided for by the laws of the state.

Mr Abubakar states further that he had only received the said money for two months since leaving office on May 29 this year.

The letter reads: “I wish to humbly draw your attention to the provision of the law on the above subject matter, which was amended and assented to on the 23rd of March 2019.

“The law provides, among other entitlements of the former governor, a monthly upkeep allowance of ₦10 million and a pension equivalent to the salary he was receiving while in office,” the letter read in parts.

“Accordingly, you may wish to be informed that since the expiration of my tenure on the 29th of May, 2019, I was only paid the upkeep allowance twice i.e for the months of June and July, while my pension for the month of June, has not been paid.

Meanwhile, Yari Abubakar’s letter which has been trending on the social media is receiving negative criticisms from both Zamfara citizens and Nigerians.

NNPC refutes reports of bribe to NANS, funding of vote-buying in...