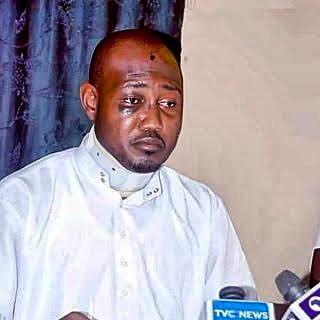 The All Progressives Youth Forum, (APYF), has condemned the attack and assassination attempt on the Coordinator of the Forum in Osun State, Comrade Olateju Ishola Olohungbebe, who was almost killed while attending a function last Sunday in Osogbo.

This was made known in a press statement made available to newsmen in Osogbo the Osun State capital by the National Chairman and Field Director of the Forum, Ife Adebayo and Alwan Hassan on Wednesday.

The statement said, “the forum is disturbed by the incessant squabbles by political actors in the state on social media and on other fora thereby heating up the polity. We recall how in recent past; Osun was adjudged to be one of the most peaceful state in Nigeria, however, cultism, armed robberies, kidnapping, hooliganism and in recent time, attempted political assassination seems to be the lot of the State of the Virtuous.

“This call for concern, particularly as the government in power is of the ruling All Progressives Congress, APC. In-fighting between party members, especially one that resort to physical violence must be condemned by all Progressives are known to protect social welfare, encourage productiveness and uphold moral values and generate economic reform. Anything short of this is unacceptable and should have no place in the party.

“APYF recalls that the current level of barbarism in Osun was last witnessed during the administration of a retired Brigadier General from Okuku, Odo Otin Local Government Area of the state. Bombings, political assassinations, killing and maiming were regular occurrence in Osun until the progressives tendency took over power in the state.”

The forum enjoined Governor Gboyega Oyetola to urgently wade in and call the warring factions to order, saying, “he must stoop to conquer, or else the APC stand the chance of losing the state to the opposition Peoples Democratic Party (PDP).”

The forum also called on former Governor and Minister of Interior, Ogbeni Rauf Aregbesola to ensure the legacy of the party in the state is protected; “our party must not disintegrate under his watch. Our Father and Mentor, Chief Bisi Akande must play the fatherly role and ensure reconciliation is achieved before the congresses, or else, we the youth will hold these trio responsible if the party fails in the state.”

“Also, we call on the security agencies, particularly the Nigeria Police Force and the Department of State Security to fish out the perpetuators of violence in Osun and particularly, arrest and prosecute the masterminds of the attack on Comrade Teju Ishola” the statement added.

Fatal cutlass attack on boy: Judge to Pastor: You must die...