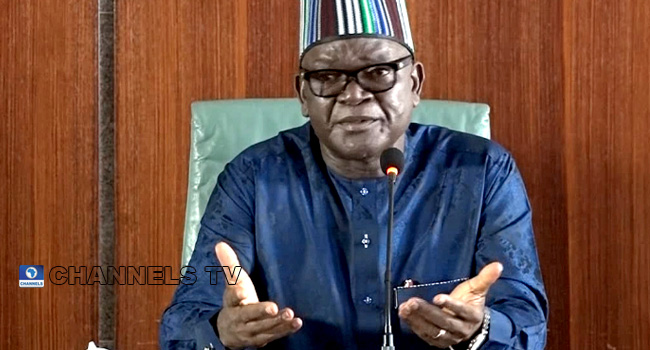 Benue State Governor, Samuel Ortom, said that anyone who opposed the southern governors on open grazing ban was an evil person who had a hidden agenda.

The governor stated this on Thursday in Makurdi during the “Media Week and Communications Day 2021” organised by the Catholic Diocese of Makurdi.

According to him: “Anybody that is castigating them for coming together to say that it is no longer feasible to do open grazing in Nigeria is an evil man with a hidden agenda.

“If you have land in your state and you think you can accommodate open grazing, you are free to do that. I am surprised that some people have taken to criticise and castigate the southern governors.

“Southern governors have not done anything wrong; they have done the right thing.”

He said his southern counterparts had toed the right path of addressing insecurity in Nigeria.

Ortom stated that open grazing was no longer feasible in the country due to development and population growth.

He said the nation had great potential and should, ordinarily, have no business with poverty if the security of life and property was guaranteed in communities to allow for farming and other ventures to flourish.

Ortom appreciated the church and Muslims in the state, as well as residents for remaining supportive of his administration.

“They have not done anything strange. It is what we started in 2016 and it is what also the Northern Governors Forum met some time ago and adopted that moving forward in this country, we must adopt ranching.

“I appreciate my colleagues and the people of the Southern part of Nigeria, 17 governors coming together to adopt ranching as the global best practice and the best practice in Southern Nigeria.”

Iwobi tests negative for Covid-19 ahead of Nigeria’s AFCON qualifier against...

Over 3,000 displaced in Niger as Boko Haram hoists flag