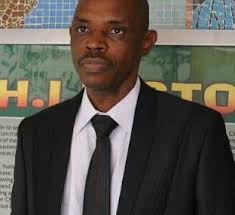 Chief Bisi Akande was the governor of Osun State between 1999 and 2003. Otunba Iyiola Omisore was his deputy for most of that tenure. Akande was old, austere, heady, vocal and popular; his deputy was young, intrepid, loud, colourful and popular too. In them was a pair of contradictions and extremes. They were classical Thomas Hardy’s ‘sinister’ mates in the ‘Convergence of the Twain’, his poem on the sinking of the Titanic. One was a ship, confident in his invincible hull, royally ruling his hemisphere. And on the other side was the huge, polar iceberg, deadly,  lurking “in shadowy, silent distance.”

The state soon became a street of bloody fights; broken limbs and lost heads became signposts to its health; the victim was everybody. Even the governor abandoned the physical governor’s office space for the deputy to rule. Akande withdrew into the Government House and planted a ‘Situation Office’ there where real power resided. At the height of that crisis with Omisore, Governor Akande went poetic:  he said deputies anywhere were spare tyres.

If you are to choose between your spare tyre and the car’s brain box, which would you pamper? At the time Akande employed that metaphor for his deputy, the most powerful person in his government was his Chief Personal Assistant, a very brilliant, cold, gentleman. Persons who run governments are rarely seen; they are the brain boxes of governmental engines.

The boss trusts them absolutely because they are no direct threats and no potential widow inheritor in the marriage of power. No one, apart from the boss, likes them but, just as your brain is encased in a bony box, they are always well protected from the shocks of bumpy rides. The power of metaphor can be awesome. It is the jewel carefully wrought “to ravish the sensuous mind.” Sometimes metaphor comes disguised as in Peter van der Coelen’s ‘Imagery of Proverbs.’

Akande did not (and does not) disguise his own jabs and darts. He is a verbal pugilist almost of the Mohammed Ali school. So, if the deputy is a spare tyre, think about what you do with your car’s spare tyre. Where do you keep it, how and for how long? The white man who designed the spare tyre had his purpose. It is to save the vehicle and its users from accidental paralysis occasioned by burst or flat tyres. But that is where it appears to end. Blow-outs are metaphors for fatal occurrences. Except the immanent let them happen, the spare is useless.

The United States Senate has an interesting view on the vice presidency of that country. In a most elegant prose, it x-rays what the office has been and the characters of those who had been there: “Holding the least understood, most ridiculed, and most often ignored constitutional office in the federal government, American vice presidents have included some remarkable individuals. Fourteen of the former vice presidents became president of the United States—more than half of them after a president had died. One defeated the sitting president with whom he served.

One murdered a man and became a fugitive. One joined the Confederate army and led an invasion of Washington, D.C. One was the wealthiest banker of his era. Three received the Nobel Peace Prize and one composed a popular melody. One served as a corporal in the Coast Guard while vice president. One had cities in Oregon and Texas named after him. Two resigned from the office. Two were never elected by the people. One was the target of a failed assassination plot. Another was mobbed in his car while on a goodwill mission. Seven died in office—one in his room in the U.S. Capitol and two fatally stricken while on their way to preside over the Senate. And one piano-playing vice president suffered political repercussions from a photograph showing him playing that instrument while a famous movie actress posed seductively on top of it.”

Think of our own Atiku Abubakar and how he ended his vice presidency. Think of Vice President Goodluck Jonathan whose wife reportedly complained that newspaper reading was his only schedule while he lasted there. Think of Namadi Sambo who was President Goodluck Jonathan’s generally blurry deputy. Do not bother to think of today; the sun is searing enough for all to feel the unwantedness.

But despite having employment in the Senate, what has been the experience of previous holders of that office? US presidential historian, Arthur Schlesinger Jr., once described the country’s vice presidency as “a resting place for mediocrities.” As uncharitable as that is, he would appear to be echoing the frustration of the past and the hopeless apprehension of the future. I will quote a few of these US vice presidents. America’s first vice president, John Adams, famously said: “My country has in its wisdom contrived for me the most insignificant office that ever the invention of man contrived or his imagination conceived…I am vice president.

In this I am nothing, but I may be everything…” Another Vice President, Thomas Marshall, added his voice, telling a morbid story: “Once there were two brothers. One ran away to sea; the other was elected vice president of the United States. And nothing was heard of either of them again.” Harry Truman, another VP said: “Look at all the vice presidents in history. Where are they? They were about as useful as a cow’s fifth teat.” And Dan Quayle who was vice president to George H. W. Bush said “the job is just awkward, an awkward job.” Indeed, to Theodore Roosevelt who was vice president in 1901 before moving up later to be president, it was a matter of regrets: “I would a great deal rather be anything, say professor of history, than vice president…” it is “not a steppingstone to anything except oblivion.”

He was not entirely correct. He stepped on that stone to become president in 1905 – just like his predecessor, William McKinley. Yet another vice president, John Nance Garner, in regrets said: “The vice presidency is not worth a bucket of warm piss.” For him, taking the job was “the worst damn fool mistake I ever made.” Joe Biden was Obama’s Vice President. Early October, 2014, he was at Harvard, Massachusetts, taking questions from students. Then a young man got up, introduced himself as the vice president of the students’ body. The man asked his question. Biden looked intently at him and said: “Isn’t it a bitch, I mean … that vice president thing?” When he saw the audience erupting with laughter, he readjusted himself and added: “I’m joking. I’m joking. I’m joking. The best decision I ever made.”

Nigeria’s presidential democracy is funny and befuddling. It post-answers many bad questions so much it endangers the deputy. When do you think the spare tyre becomes useful? Is it at all times when a working tyre is found flat? You know it is not in all cases. You know that if a vulcanizer – its doctor –  is nearby, except the damage is severe, the sensible thing to do is to just mend the flat tyre and re-commence the journey. In that case, the spare tyre can continue its rest, its sleep and its snore in its redundant pouch.

It enjoys the coziness of its oft forgotten room. Stress and strains from brakes and clutches are rarely its portion. Don’t ask the spare tyre to give evidence on any minister’s claim that very bad roads are not as bad as wailers shout. The spare tyre’s evidence will be a pure hearsay. It can’t help because falling into craters and gullies is not its portion; it has never been.

All the disabilities around the office of the vice president of Nigeria become uglier when dipped in the shit of ethnic conspiracies and treacheries. A Fulani president versus a Yoruba vice president is what we are grappling with. We saw the flipside of this championship between 1999 and 2007: A foxy, alert Yoruba president versus a serpentine Fulani vice president. The result was an explosion. Unlike that time, there are no floodlights beaming on this 2019 boxing ring.

I am speaking of the Abuja stories, the denials, the confirmation; the known and the unsaid. A former US president is said to have declared that he hated “all vices, including the vice president.” We have not heard that here and we won’t hear it. Americans are blunt in saying the truth and in throwing verbal bombs. The current Fulani gene here is different in its ravishing nimbleness. A Yoruba lineage with an intriguing cross-cultural praise name always gets me thinking:

Tiger that infiltrates with the gait of a weakling.]

Those images are very vivid enough as alerts and warnings to anyone who wants to deputize anyone. Our presidential palace politics is about preys and predators. A wise person knows that snakes and tigers are stealth hunters. They stalk, ambush, move swiftly, quietly to maul their preys. These Fulani sleeping with Nigeria are neither lousy nor are they louts. That is why they almost always win and don’t go to bed hungry. They are lined up, looking forward to taking turns on the victim. You won’t hear any noise from the Villa that is beyond deniable speculations. Whatever they do, their prey won’t play activist politics; won’t shout or struggle with anyone. How does the powerless fight strong men who bite and soothe with fresh air? How?