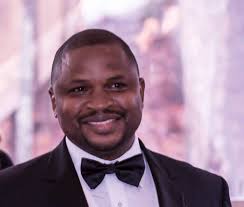 News of the disqualification of the Nollywood movie “Lionheart” from contention in Oscar’s “International Feature Film” category for this year on account of its use of English in most of its dialogue has once again centralized conversations about the role of English in the constitution of the modern Nigerian identity.

But, first, the outrage over Lionheart’s disqualification is, in my opinion, unwarranted since the rules clearly state that to be eligible to vie for that category, a film must have “a predominantly non-English dialogue track,” and Lionheart’s dialogue is predominantly English.

Nor is “Lionheart” the only—or, for that matter, the first— English-language international film to be disqualified from the Oscars because of its use of English.  The New York Times of November 5, 2019 reported that “The 2015 Afghanistan entry ‘Utopia’ and the 2007 Israeli film ‘The Band’s Visit’ were both likewise declared ineligible” because the dialogues in them are predominantly English.

Nonetheless, I’ve read several Nigerians vent their frustration over the fate “Lionheart” has suffered at the Oscars by suggesting that Nigeria should abandon English as its official language and adopt one of its more than 500 languages as its lingua franca. Of course, that’s sheer wishful thinking.

As I’ve argued many times in the past, the English language is at the core in the constitution of the modern Nigerian identity. Without it, Nigeria in its present form would cease to exist.

In an April 24, 2010 article, I argued that “English is the linguistic glue that holds our disparate, unnaturally evolved nation together. Although Nigeria has three dominant languages, it also has over 400 mutually unintelligible languages. And given the perpetual battles of supremacy between the three major languages in Nigeria—indeed among all the languages in the country—it is practically impossible to impose any native language as a national language. So, in more ways than one, English is crucial to Nigeria’s survival as a nation. Without it, it will disintegrate!”

Another reason it makes no sense to replace English as our official language is that English is now the de facto lingua franca of global scholarship, and we would be shutting ourselves off from the global scholarly community if we shut out English. This is how I captured it in my 2015 book titled “Glocal English: The Changing Face and Forms of Nigerian English in a Global World”:

“Most importantly, [English] is the language of scholarship and learning. The Science Citation Index, for instance, revealed in a 1997 report that 95 percent of scholarly articles in its corpus were written in English, even though only half of these scientific articles came from authors whose first language is English (Garfield, 1998). Scores of universities in Europe, Africa, and Asia are switching to English as the preferred language of instruction.

“As Germany’s Technical University president Wolfgang Hermann said when his university ditched German and switched to English as the language of instruction for most of the school’s master’s degree programs, ‘English is the lingua franca [of the] academia and of the economy’ (The Local, 2014). His assertion has support in the findings of a study in Germany that discovered that publishing in English is ‘often the only way to be noticed by the international scientific community’ (The Local, 2014).

“So most academics in the world either have to publish in English or perish in their native tongues. In addition, it has been noted in many places that between 70 and 80 percent of information stored in the world’s computers is in English, leading a technology writer to describe the English language as ‘the lingua franca of the wired world’ (Bowen, 2001).”

English has moved beyond being imperialistic; it’s now hegemonic. That is, its dominance isn’t a consequence of forceful imposition; it’s now entirely voluntary. When German, Italian, Israeli, Asian etc. universities switched to English as their medium of instruction, they didn’t do so because they were conquered by Britain or the US.

When millions of Chinese people spend time and resources to learn English, they do so because they want to be competitive in the global market. When South Koreans go to the ridiculous extremes of spending thousands of dollars to perform surgery on their tongues so they can speak English with native-like proficiency, they do it of their own volition. (In South Korea, professors can’t be tenured, i.e., granted permanent employment status, if they don’t demonstrate sufficient proficiency in English).

When poor, struggling Indians spend scarce resources to acquire proficiency in English and to “dilute” their accents so they can approximate native-speaker oral fluency preparatory to call-center jobs, they do so because they think it offers a passport to a better life.

Slovenian philosopher Slavoj Zizek once argued that people who are targets of hegemonic cooptation only voluntarily agree to this process if they believe that, in accepting it, they are giving expression to their free subjectivity. That’s effective hegemony.

If English ceases to be the receptacle of vast systems of knowledge that it is now and goes the way of Latin, everyone would drop it like it’s hot. This isn’t about “race,” “inferiority,” “superiority,” or such other piteous vocabulary of the weak. It’s plain pragmatism.

This isn’t about English as a language of culture, or as a symbol of colonial domination; it’s about the fact that it is the depository of contemporary epistemic production and circulation. You shut it out at your own expense. It is hard-nosed pragmatism to embrace its epistemic resources both for development and for subversion.

Of course, English won’t always be the language of scholarship. Like Latin, Arabic, Greek, etc., it would wane at some point, especially when America ceases to be the main character in the movie of world politics and economy, which Trump’s emerging fascism is helping to hasten faster than anyone had imagined. It could be succeeded by Mandarin. Should that happen, it would be counterproductive for any country in the world to, in the name of nativist linguistic self-ghettoization ignore Mandarin.

I have argued elsewhere that there is no truth to the oft-quoted claim that no society develops on the basis of a foreign language. On the contrary, it is misguided nativist linguistic self-isolationism that actually hurts development.

Rift in the Presidency

Yemi Osinbajo’s media aide, Laolu Akande, tweeted that “a list circulating in the media on… so-called sacked presidential aides is not genuine and ought to be ignored.” Hours later, Buhari’s media aide, Malam Garba Shehu, counter-tweeted that, “The Presidency wishes to confirm” that the list was genuine and that it was “not personal or targeted to undermine the Vice President’s office.”

Even when you do your darndest to keep Nigeria’s official idiocy out of your life for your own sanity, it keeps coming at you with pigheaded insistence.

Bakare Didn’t Defend Tinubu; He Defanged Him, By Farooq A. Kperogi

“Sexism isn’t a women’s issue any more than racism is a...