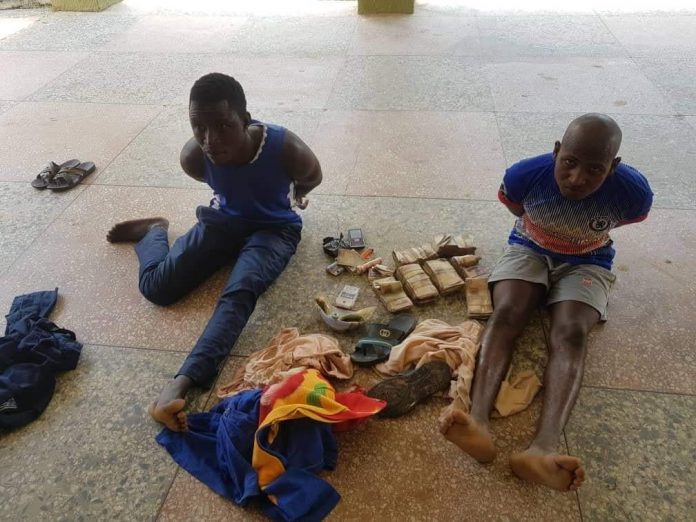 A bandits’ leader named Sada has willingly surrendered to troops at Forward Operation Base Dansadau. He also submitted 3 AK 47 rifles, one sub-machine gun and 2 magazines.

He said the suspect was arrested with camouflage uniform concealed in a bag.

Onyeuko added that information from his phone revealed that the suspect was a notorious bandit addressed as “Commander” by members of his group.

He said the suspect was currently in custody providing troops with vital information. 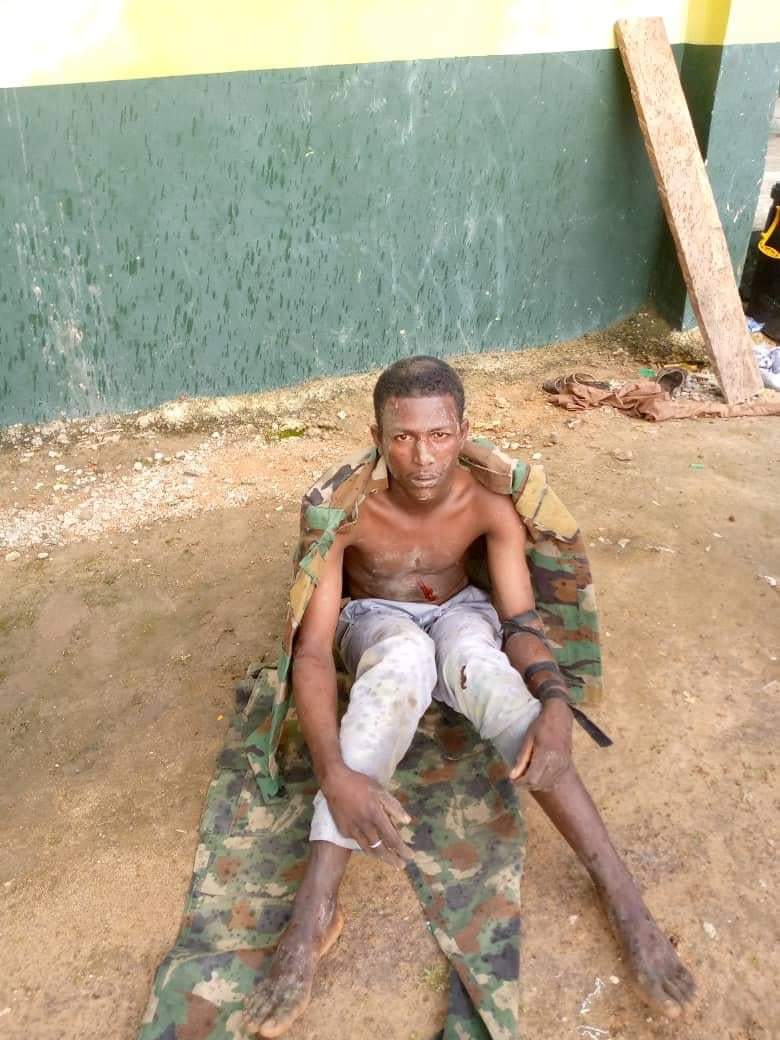 The Acting Director Defence Media Operations also stated that troops acting on reliable intelligence arrested one Abubakar Ibrahim, who was suspected to be an informant working for a wanted notorious bandit leader named Ado Alieru.

He said the suspect admitted during interrogation that Mr Alieru bought him a motorbike “which he uses in carrying out assignments for him.”

In another development, troops deployed in Faskari in Katsina State on routine patrol came in contact with some bandits in the company of two women suspected to have been kidnapped.

Onyeuko said while troops closed in on the suspects, the bandits fled into a rocky area, but the resilient troops mounted a hot pursuit, forcing them to abandon the two kidnapped women.

He said the victims were safely rescued and reunited with their families.

Onyeuko said the troops swiftly tracked the bandits through their withdrawal route and engaged them in a fire fight, which forced the bandits to abandon the kidnapped victims and flee into the bush.

Troops exploited the area and recovered one motorcycle abandoned by the fleeing bandits. 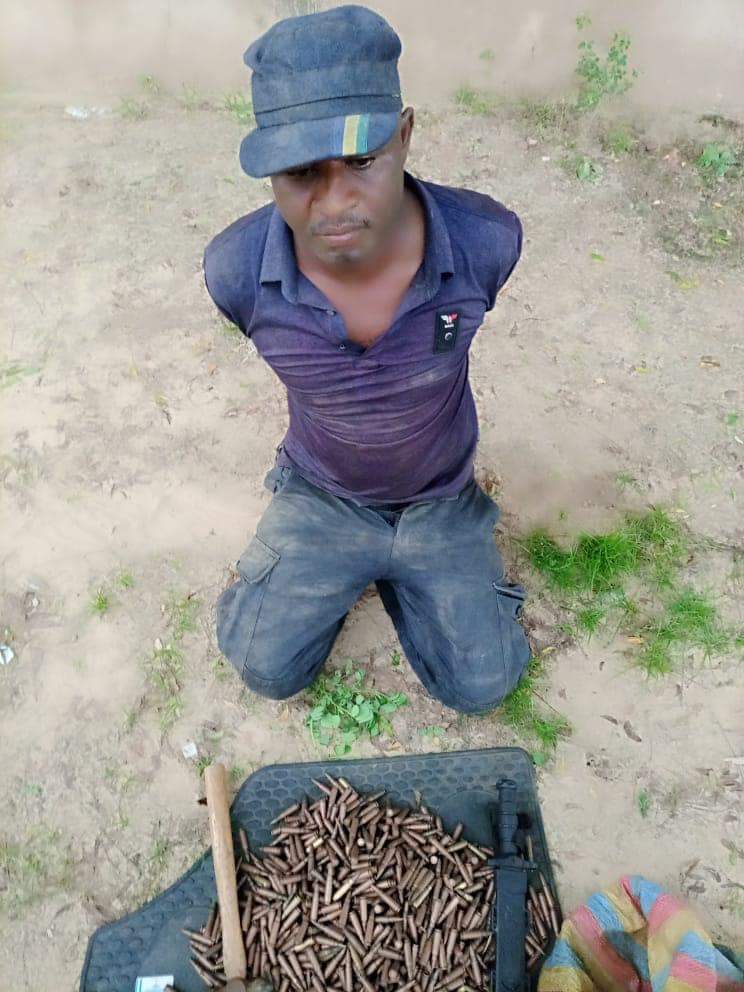 He further stated that on 6 September 2020, troops on patrol responded to a distress call over a kidnap activity at an estate along Dandume road as they quickly mobilized to the area.

“However, the suspects who were believed to have been hinted through their informants abandoned 9 kidnapped victims and fled the area before the troops arrival.

“On the same day, troops on patrol arrested one Ibrahim Sule at Koha village under Batsari Local Government Area of Katsina State,” he stated.

Onyeuko said the suspect was identified by locals to be a member of a syndicate terrorizing the area and was currently undergoing interrogation in custdy.

He also stated that troops at Forward Operation Base Kekuwuje while on routine patrol arrested two suspected bandits.

Onyeuko said the arrest was made following credible intelligence that the suspects are members of a bandit group terrorizing the area.

He said Items recovered from them included the sum of N1,565,550.00 suspected to have been acquired from one of their criminal activities, one motorcycle, two mobile phones and cloths concealed in a bag.

He said the Suspects confessed during interogation to be involved in selling rustled cattle for bandits.

In another development, on 8 September 2020, troops deployed at Daki Takwas intercepted and arrested 17 armed Yansakai members on 7 motorcycles at Danmarke village in Bukkuyum LGA of Zamfara State.

Preliminary investigation revealed that suspects are from Maga in Kebbi State.

Items recovered from them include 12 locally fabricated Dane guns, 7 motorcycles and assorted charms.

Onyeuko said the victims who were travelling along the route in a commercial vehicle ran into the bandits who diverted their vehicle in an attempt to take them hostage.

However, following prompt information by eyewitness, troops quickly mobilized and pursuit the bandits forcing them to abandon the vehicle laden with passengers. All 14 victims were safely rescued.

He said the suspect was arrested with 890 rounds of 7.62mm special ammunition carefully concealed in his vehicle.

Other items recovered from him include, 1 Jack knife, 1 Pistol Grip, a Nigerian Police ID card and the sum of N2,230,000.

Onyeuko said preliminary investigation revealed that the suspect is a major illegal arms dealer supplying bandits in the North-West.

Additionally, on 12 September 2020, troops conducting stop and search operation in Gusau, Zamfara State based on reliable intelligence arrested one male and one female suspect namely Kabiru Dauda and Hafsat Musa with 9 parcels containing substances suspected to be Cannabis and other illicit hard drugs. Preliminary investigation revealed that suspects are suppliers of hard drugs to bandits.

He commended the troops of Operation SAHEL SANITY for the successes achieved and their commitment to duty and further urged not to rest on their oars until Northwest is rid of all criminals.

The Acting Director Defence Media Operations also assured the good people of the Northwest of troops commitment to the safety of lives and property within the zone.

He encouraged them to continue to avail the troops with timely and credible information that will assist them in the operations.

“Interpretative error”: Akeredolu says he did not call for scrapping of...