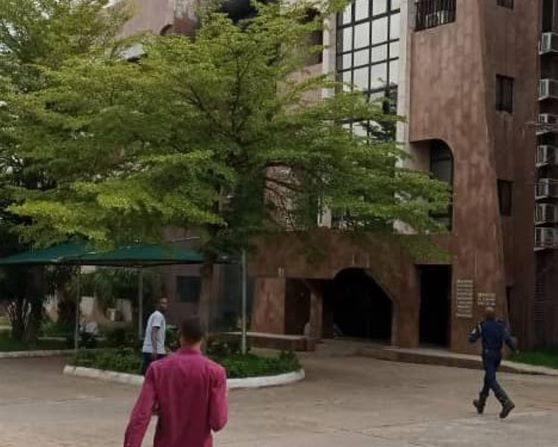 The Bureau of Public Enterprises (BPE), has explained that the ongoing reform of the Nigerian Postal Service (NIPOST) is not privatisation of the entity but to unbundle NIPOST into viable subsidiary companies which will operate on the principle of commercial viability, while the core postal service function will remain with NIPOST as the parent company.
Director-General of the  BPE, Mr. Alex A. Okoh made the clarification while inaugurating the sub-committee of the implementation committee for the postal sector reform, restructuring & modernisation of NIPOST at the Bureau’s corporate head office  in  Abuja on Wednesday.
Okoh named  the three commercial ventures to be carved out of NIPOST as NIPOST Properties & Development Company;NIPOST Transport & Logistics Company and NIPOST Microfinance bank Limited.
He said the clarification became necessary to disabuse the minds of many Nigerians especially the workforce of NIPOST that the commercialization, reform and modernization of the organization was out right privatisation.
Okoh said that in line with the reform process, the Bureau had completed the registration of NIPOST Properties & Development Company and NIPOST Transport & Logistics Company at the Corporate Affairs Commission (CAC) while the process for registration at CAC and also that of obtaining regulatory approvals from the Central Bank of Nigeria (CBN) for NIPOST Microfinance bank had also commenced.
The Director-General reiterated that the benefits of the reform of the sector include, the Provision of efficient postal services and utilisation of vast assets of NIPOST across the country; reduction in funding from the treasury in terms of subventions to NIPOST (c. N7.2 billion) and the operation and growth of ancillary services and business to enhance the overall efficiency of NIPOST to create more jobs.
He said the Sub-Committee to be chaired by the Director, Industries & Communication, BPE, will include representatives of the Ministry of Communications & Digital Economy, Ministry of Finance Incorporated and NIPOST.
The Sub-Committee will be responsible for carrying out the following activities: Creation and adoption of an implementation plan and charting the course for implementation of KPMG’s Final report; Initiate strategies to be adopted in the implementation of the NIPOST reform programme and the establishment of the three companies; Implement the approved objectives of the NIPOST reform programme; and make recommendations to the Implementation Committee.
The Committee has a timeline of four months to complete its assignmentIt would be recalled that the National Council on Privatisation (NCP) at its meeting held on 31st October, 2017, approved the reform of the Postal Sector and the restructuring and modernisation of NIPOST.
Further, Council also approved; the constitution of a Steering Committee to be chaired by the Honourable Minister of Communications & Digital Economy, to drive the reform process and review the Postal Sector Policy; the constitution of a Project Delivery Team (PDT) to serve as the secretariat of the Steering Committee and to develop quick fix reform strategies to make NIPOST commercially viable; and the appointment of KPMG as Transaction Adviser.
Please follow and like us: