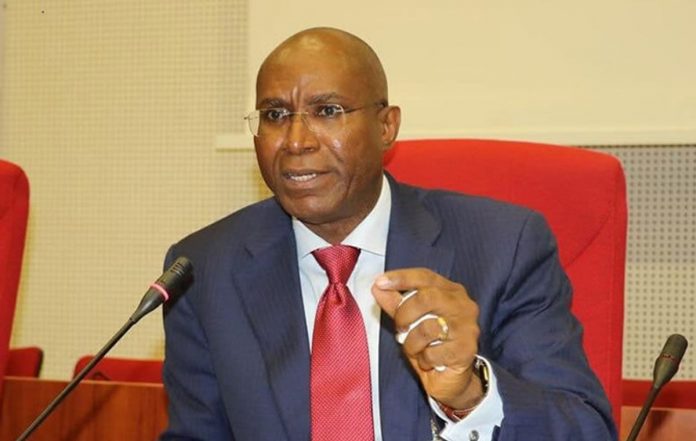 The Deputy President of the Senate, Senator Ovie Omo-Agege, has called on the Federal Government to shelve an alleged plan to scrap the Presidential Amnesty Programme (PAP) for ex-agitators in the Niger Delta region.

Senator Omo-Agege spoke in Abuja at the weekend when he hosted a socio-political organization, New Era Forum.

He described the plan as premature and ill-timed.

The federal lawmaker said it would truncate the fragile peace in the region.

Omo-Agege said: “I don’t think that the timing is right for the Amnesty Programme to be scrapped. We have challenges right now in the North East, the ravages of Boko Haram, banditry in North West and North Central.

“Those are enough challenges already in this country. I don’t believe that this is the time to reawaken the agitations of militancy in the Niger Delta region.

“It is my hope and expectation that the policy makers who are around Mr President will convey this to Mr President that to the extent that there is any such plan at this time, it is premature and ill-timed.

“That is not to say that this programme must stay in perpetuity. But we don’t believe that the goals set have been completely achieved.”

He urged the group to come up with a new narrative about holding leaders in the region to account.

According to him, leaders in the region had failed, having been unable to judiciously utilise funds released for the development of the region.

“I have been privy to all of the budgetary estimates that were passed both in the Eighth Assembly and in the Ninth Assembly. And all that we are entitled to as a region has been given to us.

“But we have failed Mr President because we have not been able to hold to account those to whom these resources have been entrusted.

“You don’t expect Mr President moving from community to community to ensure that the fundings made available to us have been judiciously utilised.

“It is up to us as the people of the region who cried out to insist that interventionist agencies like NDDC be created for us and properly funded and as a result of the youth agitation in the region that the Amnesty Programme be set up, it is left for us to ask questions that to the extent that the fundings have been released to us how have these been utilised?

“It is left for us to ensure we identify the projects that we believe will best meet the needs of our people.

“It is not in Mr President’s place to come to my community to tell me what project should be sited in my community to alleviate the challenges we face as a result of environmental degradation and oil exploration.

“So Mr President has done his part, we are the ones that have failed our people,” he stated.

Earlier, Leader of the group, Sunday Onyewonsa, called for a security summit that would fashion out solutions to challenges facing the region, even as he stressed the need to declare a state of emergency on Niger Delta roads.

Onyewonsa called on the Deputy President of the Senate to prevail on the Federal Government to drop the planned scrapping of the Amnesty Programme, adding that it should be overhauled to run through to the end of the present administration.

We would hold you responsible if any child dies – Doctors...