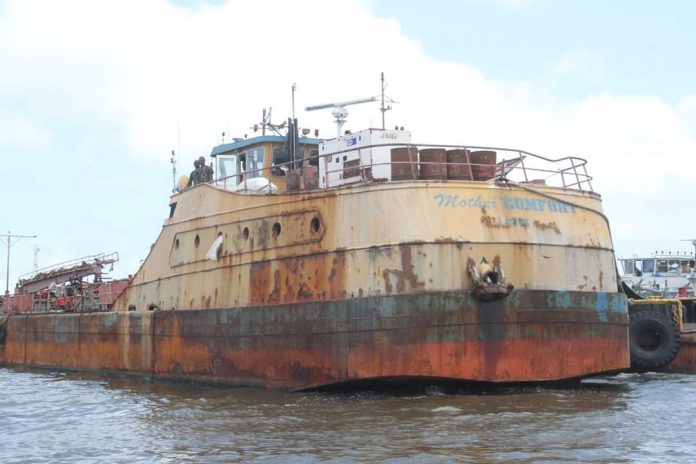 The Nigerian Navy has handed over a vessel, MV Poseidon, alongside 10 crew members, to the Lagos Zonal Office of the Economic and Financial Crimes Commission, EFCC.

According to the anti-graft agency, they were arrested on July 20, 2020 by the Nigerian Navy Ship, Beecroft, for investigation and prosecution.

The Commission further stated that at the time of arrest, the vessel was laden with 130 metric tons of substance suspected to be Automotive Gas Oil, AGO.

Meanwhile, the Commission has also taken over another vessel, MV Mother Comfort, with its 12 crew members for investigation and prosecution, after they were arrested by the Nigerian Navy Ship, Beecroft, on July 24, 2020.

The MV Mother Comfort, at the time of arrest, was laden with 237 metric tons of AGO.

The vessels alongside the suspected oil thieves will soon be charged to court with alleged illegal dealing in petroleum products.

Osinbajo’s aide paid N250m contract sum and he did no job,...

One killed as gunmen attack former minister’s residence in Plateau

EFCC to US Senator: We spearhead transparent management of looted funds