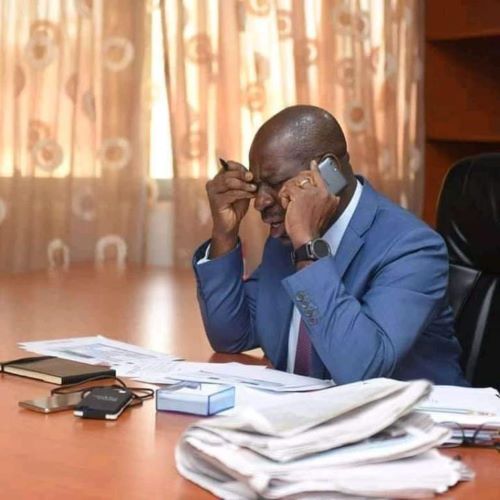 In a desperate attempt to save his rapidly fast-diminishing chances of a good showing at the September 19th election in Edo State, Governor Godwin Obaseki has scheduled a meeting with all Health Workers (non-doctors).

The meeting, it was learnt, has been scheduled for Thursday, 17th September 2020 to hold by 10:00am at the State Secretariat Conference Hall by Block D in Benin City.

In a statement by Chairman of Edo State APC Media Campaign Council, Mr. John Mayaki, the party said that the governor’s desperate meeting is a a last ditch attempt designed to force other healthcare workers to vote for him after doctors have rejected him due to his lack of vision for an effective healthcare system.

It will be recalled that Mr Obaseki refused to commit to the employment of more healthcare workers to fill the gaping manpower needed during his interactive session with members of the Edo State Branch of the Nigerian Medical Association (NMA) last week, saying that Edo State has more than enough healthcare workers.

Obaseki had come under scathing criticism by his challenger, Pastor Osagie Ize-Iyamu of the APC for his refusal to visit the over 100-year-old Central Hospital in Benin since his election as the governor of the state and for leaving the state’s 34 hospitals in a comatose state and for his failed promise to build 192 Primary Healthcare Centres in the political wards in the state.

Meanwhile, Pastor Osagie Ize-Iyamu has gained political momentum in the past few weeks and is expected to easily win the September 19th election in a state that is currently reeling with a massive infrastructural deficit, a very low teacher to pupil ratio, and pervasive insecurity. The Independent National Electoral Commission (INEC) has state.

In addition, the Independent National Electoral Commission (INEC) has stated its readiness for the polls and has commenced the distribution of non-sensitive materials to the various districts in the state ahead of the election.