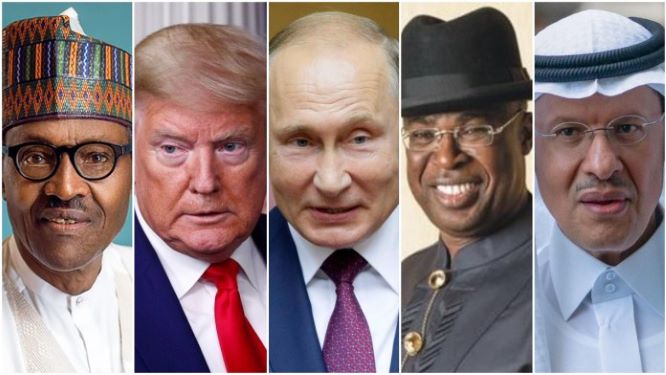 Minister of State for Petroleum Resources, and former governor of  Bayelsa State, one of Nigeria’s oil-rich State,  Chief Timipre Sylva, has pledged  Nigeria’s readiness and commitment to  deliberations on output cut  as proposed by the Organization of Petroleum Exporting Countries (OPEC ).

The proposed  talks is scheduled  for next Thursday.

In a statement  signed by the Minister,  he said the “Government of Nigeria wishes to assure the Nigerian and international communities that it is watching developments in the oil and gas industry with keen interest.’

He stressed that  “Nigeria is very mindful and appreciative of the role of Saudi Arabia and other members of the OPEC family” in the on-going subject matter.

He explained: “As Nigeria’s Minister of State for Petroleum Resources, I will continue to monitor the impact of COVID-19 on our, and the global, economy.

“In our consultations with global industry stakeholders in the lead up to the OPEC+ meeting scheduled for Thursday, April 09, 2020, the Nigerian Government will take a position that is in the best interest of our short term and long-term economic forecast.”

This is coming as Oil prices took another nose-dive earlier today following weekend postponement of a meeting by Russia and Saudi Arabia.

The meeting which was scheduled for Monday was  postponed  as both Russia and Saudi Arabia escalated further hostilities, accusing each other of being responsible for Oil price crisis.

International energy   reports  indicate that the meeting has however been  rescheduled for Thursday. Also expected at that meeting are   Norway and Alberta Province of Canada.

Earlier today, reports had  quoted  the head of Russia’s sovereign wealth fund Kiril Dmitriev as disclosing  that Russia and Saudi Arabia were “very, very close to a deal”.

The spike and escalation in hostilities  between  both countries  have had terrific  crippling effects on many Oil producing countries including Nigeria.

But it is not  most certain if a deal could be closed in the coming days as data tracked by The New Diplomat’s economic intelligence desk show that  Russia  may have technically considered an Output cut, with the  proviso that the United States also cut.

Experts and global energy analysts project  that  this development might  “make an agreement tricky as the U.S. has not signaled any readiness to join any cuts”.

However, in his statement,  Nigeria’s Minister of State for Petroleum Resources, Chief Sylva said it is well known that Nigeria has always collaborated with key OPEC members such as Saudi Arabia in maintaining a balanced position that has helped to make OPEC one of the most successful global institutions in recent history.

Nigeria, he said, intends to maintain this team spirit even as it takes into account, the position of OPEC strategic allies such as Russia.

He added: “As always, the driving force of our OPEC policy is first the stability of our national economy as well as the stability of the global economy which is heavily dependent on OPEC and its strategic partners, popularly referred to as OPEC+.

“Nigeria, like the rest of the world, has been hit by the Global Pandemic, COVID-19, and is prepared to join the rest of the world in making the necessary sacrifices needed to stabilize the crude oil market; and to prevent what is likely to be a major global economic meltdown.”

Recall that   The New Diplomat had recently  projected that with escalating glut in oil supplies and stretched storage capabilities, exacerbated by Saudi Arabia increase in oil production even in the face of dwindling global demand, global energy experts have come up with grim outlook that the world may be heading towards Oil price crash as low as $17 per barrel in the coming weeks if urgent talks are not held.

For Nigeria, Africa’s most populous nation, whose externally generated revenue  is  about 97%  dependent on earnings from crude oil, the grim outlook is  further compounded by the recent  downgrading  of the country’s credit rating from stable to negative by Standard & Poor (S&P).

Recall also that the  Federal government had recently revealed that Nigeria currently has about 50 cargoes of crude oil that have not found landing or  off-takers  due to increasing  drop in demand.

Managing Director of Nigeria National Petroleum Corporation (NNPC), Malam Mele  Kyari who said this at a forum organized by the Central Bank of Nigeria(CBN)  had disclosed that  “  there are over 12 stranded LNG cargoes in the market globally. It has never happened before. LNG cargoes that are stranded with no hope of being purchased because there is abrupt collapse in demand associated with the outbreak of coronavirus.”

It would be recalled also that  Nigeria’s Minister of   Finance,  Budget and National Planning, Mrs Zainab Ahmed  had said  Nigeria may slide into recession if the Covid-19 continues unabated for the next six months.

She added: “  We are hopeful that this pandemic will be limited in time. If the pandemic lasts three months or less, we should be able to close the year with positive growth. But if it goes longer than that-six months, one year-we will go into recession.”

For many stakeholders in the volatile Oil rich Delta, it is time to maintain peace with all key stakeholders and the political leadership of the South-South zone driving the process in a sincere, transparent, all-inclusive and accountable manner.

According to stakeholders ‘’ this would help guarantee stable oil production, ensure peace in the volatile, and help sustain  existing production dynamics  in order to preserve what is left of our already challenging national economy.”

Buhari says over 8000 Boko Haram terrorists have surrendered in North...

U.S.-based newspaper, NIDO to host conference on patriotism among Nigerians