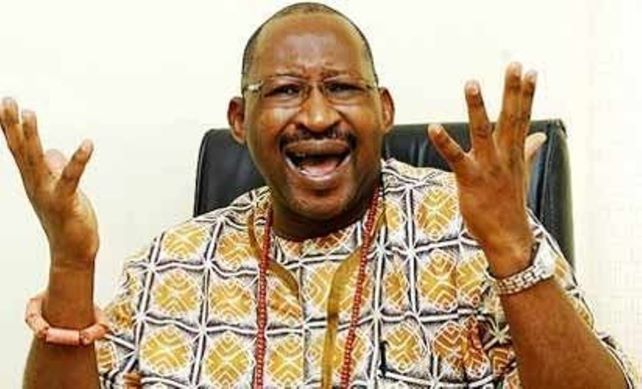 The Vice-Chairman of the National Campaign Council on Communications and Publicity for the Edo Governorship elections, Hon. Patrick Obahiagbon, has accused the Governor of Edo State, Governor Godwin Obaseki of harassing members of the APC serving in elected offices over their refusal to join him in the PDP where he is finding it difficult to unite the alien structures behind his candidacy.

Obahiagbon, while addressing correspondents in Benin, criticized the actions of the Governor as “undemocratic, Machiavellian, and deprecable intolerance that must be rejected by all.”

He said: “the brazen resort to strong-arm stratagems, unbridled intimidation and macabre bludgeoning of APC members elected into various government positions simply because they have refused to decamp to the PDP along with the Governor verges on deprecable intolerance.

“It’s unacceptable to us and we call on all progressive democratic forces to condemn this anti-democratic acts oozing from the seat of government, in the strongest of terms.

“A situation where our faithful party elected officials have been suspended from their offices and in some cases, their salaries withdrawn and at other times, forced out of office is not only anti-democratic and Machiavellian but also palpably displays a resort to brute force which must be robustly repudiated by a coalition of progressive forces.

“We commend our teeming loyal APC party members in this government who have voluntarily turned in their letters of resignation rather than betraying their unalloyed commitment to the fine ideals of our great party.”

Hon. Patrick Obahiagbon assured the party members that their avowed determination and support to ensure the victory of the APC and its governorship candidate, Pastor Osagie Ize-Iyamu, at the polls in September would not be in vain.

“The Governorship candidate of APC, Pastor Osagie Ize-Iyamu is full of encomiums for them and all party members daily making sacrifices and has assured them that their efforts will not be in vain.”

Coronavirus: Teenager, 17, who killed herself “felt three-month lockdown was like...