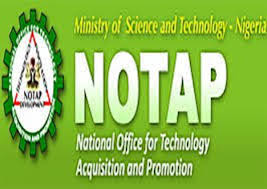 Dr Dan-Azumi Ibrahim, the Director-General, National Office for Technology Acquisition and Promotion (NOTAP), says the agency encourages the use and adaptation of local technology.

Ibrahim made this known in an interview with the News Agency of Nigeria (NAN) in Abuja on Friday.

He said the agency was able to support the growth of local industries through its refusal to approve importation of technological services.

“Most times, when Nigerian entrepreneurs enter into technology transfer agreement with their foreign counterparts, the agreements are drafted in such a way that indigenous technologists/service providers do not benefit.

`Rather expatriates will be deployed to execute jobs that Nigerian technologists are competent enough to handle.

“However, through NOTAP’s interventions, such agreements are not approved unless redrafted to take care of indigenous technologists/skills,” he said.

Ibrahim said these measures were adopted to stop capital flight and help improve upon the services that could be rendered by Nigerian technologists.

The director-general said that stopping total reliance on foreign technologies would ensure the acceleration of Nigeria’s technological revolution and encouraged growth of local technologies.

“Through efficient assimilation and absorption of foreign technologies by indigenous technologists, NOTAP has saved the country the huge capital flight that would have gone out of the economy,’’ he said.

“In the legal perspective, the office ensures that the provisions of the agreements are in line with the laws of the land, while the economic perspective is to ensure that services being rendered are commensurate with the fees payable.

“The technical consideration is to ensure that the agreement has provision for capacity building and knowledge transfer,’’ Ibrahim said.