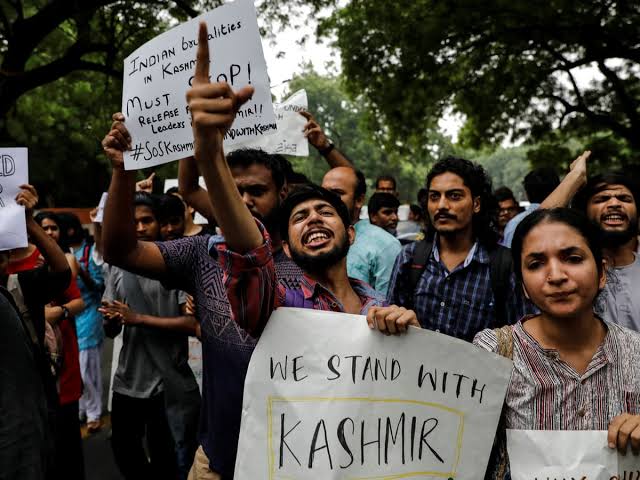 Troubled is brewing in Pakistan occupied Kashmir as the Pakistan Muslim League-Nawaz (PML-N) has decided to hold protests against Prime Minister Imran Khan’s party for alleging rigging the recently-held elections in the area.

According to agency report, the PML-N secretary general, Ahsan Iqbal said that in the first phase the party’s candidates would hold protest rallies in their respective constituencies in Pakistan occupied Kashmir after which the party leadership would decide further strategy, Dawn reported.

Iqbal said the outcome of the results of the PoK polls and the by-election in Sialkot had proved the PML-N’s viewpoint that the present government of the Pakistan Tehreek-i-Insaf (PTI) was not a true representative of the people and it had been imposed through coercion and rigging.

According to the report, Imran Khan’s PTI has won the majority by bagging 25 seats in the so-called elections.

The report said the two recent elections had once again exposed the hollowness of the democratic setup in the country, he said, adding that Imran Khan was the central character of the present “democratic drama”.

According to the report, the people were upset because of major interference by the PTI government in the election process of PoK in which clashes between the opposition parties were also reported.

The PoK assembly has a total of 53 members but only 45 are directly elected.

Meanwhile, India has termed elections in Pakistan occupied Kashmir as a cosmetic exercise to camouflage illegal occupation and has lodged a protest with Pakistani authorities.

India has asked Pakistan to vacate the territory illegally occupied by it.

MEA spokesperson Arindam Bagchi said at the regular media briefing on Thursday that the exercise of so-called elections has been protested and rejected by the local people.

“Let me make it very clear. The so-called elections in Indian territory under illegal occupation of Pakistan are nothing but an attempt by Pakistan to camouflage its illegal occupation and the material changes undertaken by it in these territories,” he said.

Six Nigerians convicted for terrorism in UAE can appeal to Supreme...