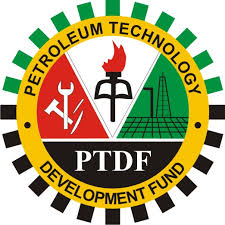 Nigerian Students under the aegis of Ph.D Students in the United Kingdom (UK) Universities have cried out to the Federal Government over the refusal of the Petroleum Technology Development Fund (PTDF) to pay their extension allowances which have run to more than six months.

The students claimed that some of them are turning to beggars to survive in the foreign land due to non-payment of their allowances.

In a petition to President Muhammadu Buhari, a copy of which was made available to PRNigeria in Abuja, the students said all their complaints to the current leadership of PTDF led by Dr Bello Aliyu Gusau have landed on deaf ears, while appealing to the President to intervene in order for them to complete their various programmes and return home.

The PhD students told President Buhari in the petition that firms involved in accommodating and feeding them have threatened to take them to court, a development that may greatly dent the image of the country if the threats are carried out.

The PhD students noted that their “ letter of admission from all our universities stated that the PhD programme will last for four years with additional one-year extension and the award letter given to each of the PhD students by the PTDF indicated that the scholarship covers accommodation, feeding and utilities for the period of thirty-six months with twelve months extension period due to the nature of the programme”.

The students further reasoned that majority of them that started the programme in 2016 were not able to finish the programme within three years because PhD programme is a step by step process, stressing that each PhD student is expected to produce and present an interim assessment report at the end of first year which will be used by the examiners to access the student and internal evaluation report at the end of second year which will be used by external and internal examiners to decide whether the student should proceed or not to proceed to the third year.

According to them, “If the examiners are satisfied with the report and the progress, they will allow the student to continue and if they are not satisfied the student will not continue with the research. The third-year is mostly used for designing data collection instrument, data collection, data analysis while the fourth year is generally for the writing of the thesis.

They argued that “with this step by step process it is almost impossible for many of the students to finish such a programme in three years without any challenge. There are unforeseen circumstances that can arise like a change of supervisor, lack of access to the data required for the research, health issues and shortage of resources because most of the time our allowances were paid three months late which distract us from our studies because we cannot study with an empty stomach”.

The students also noted that several letters written as individuals, a group and their universities’ supervisors to the Executive Secretary requesting for the payment of allowances to cover the one-year extension period since November 2018 have fallen on deaf ears.

According to them, the development has led many of them passing through difficulties whereby they cannot buy food, pay their rents, electricity, water and gas bills.

The students have appealed to President Buhari to set up an inquiry to investigate the veracity of their claims as part of efforts to bring the Executive Secretary to order and close the communication gap between them and the management of PTDF.
Several calls, text messages, including e-mails sent to the Head of Media and External Affairs of PTDF were not replied as at the time of going to press.

“God should kill me and bring TB Joshua back to life”...

Oshiomhole: Kogi PDP governorship candidate for Nov. 16 poll is no...