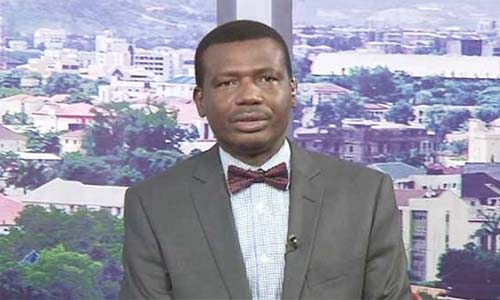 A popular human rights lawyer and activist, Mr Ebun-Olu Adegboruwa (SAN), has bared his mind on the nomination of Ms Lauretta Onochie as a national commissioner of the Independent National Electoral Commission (INEC).

Adegboruwa, in a statement, described the nomination as “insensitive” and ill-timed. According to him, the office requires a neutral person that’s not into politics

“Coming at this time of the #EndSARS protests and the mood of this nation, which calls for sober reflection and a lot of proper reasoning on the part of our leaders, it’s very insensitive to the feelings of the generality of Nigerians.

“And knowing the nature of the person in question, the position of INEC commissioner requires some elements of neutrality, maturity, and a person who is able to be an unbiased arbiter in the handling of such a sensitive position. So, whosoever is known to be an ally of any political organisation or political officer holder should ordinarily not be allowed near that office.” Adegboruwa said

To him, the nomination of Ms Lauretta has portrayed President Buhari as uncaring

He said, “To that extent, the nomination of Lauretta Onochie by the President at this time is to generally provoke the sensibility of the people of Nigeria and it has portrayed him as uncaring. It’s like damning the people and challenging us to action, as it were.”

Adegboruwa urged the members of the Senate to reject the nomination.

“The constitution of the Federal Republic of Nigeria does not allow anyone who has a partisan background to be nominated as a member of INEC. If there is proof that such nomination has been made, it is a ground to ask the court to reject it or the Senate not to confirm such nomination.” he said

TNL recalls that President Buhari had nominated Onochie, his Senior Special Assistant on Social Media, as a national Commissioner of INEC from the South-South.

The nomination generated a lot of controversies and no about 70 civil society organisations, some opposition parties, Senior Advocates of Nigeria and other interest groups have criticised the nomination.
thenigerialawyer.com
Please follow and like us: