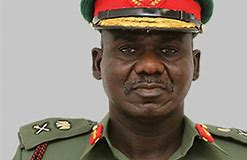 Boko Haram elements are planning to launch a series of attacks in Ondo State, starting from November 1, according to Sahara Reporters’ reports.

The online newsmedium quoted a source to have said that the terrorists needed to carry out the attacks to raise funds for their terrorist activities.

“The Boko Haram elements are currently somewhere between Kogi and Ondo. They have concluded plans to launch an armed robbery attack on Owo town on November 1, 2019.  It’s the state governor’s local council area,” the source told SaharaReporters.

“But there are other planned attacks,” another source disclosed.

“We have gathered intelligence that these Boko Haram insurgents want to raise more money to execute their terrorist projects.”

The source told SaharaReporters that some commercial banks in the state were the target.

“That’s a fact: if they carried out the planned attacks, their focus would be the commercial banks and that’s going to happen any moment from now,” the security agent said.

Another source confirmed that certain roads in the state had been marked out for kidnapping too.

It was not clear at the moment if the state government and the police were aware of the security threat and planned attacks.

Bovi says he has been banned from the US