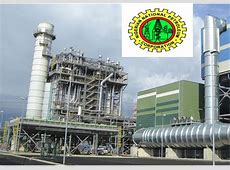 This was as he explained that amendment of the Deep Offshore (and Inland Basin Production Sharing Contract) Act was long overdue.

Kyari also allayed the fears of International Oil Companies (IOCs) operating in Nigeria that the NNPC was committed to pushing legislations that would protect their investments in the country.

The NNPC boss flagged the red card at the 37th Annual Exhibition and Conference of the Nigerian Association of Petroleum Exploratinists (NAPE) Annual International  Conference and Exhibition which entered its second day in Lagos, yesterday with the theme ‘’Expanding Nigeria’s Petroleum Landscape: Digitalisation, Innovation and Emerging New Technologies’’

He said what the industry was doing at the moment was marginal addition which may lead to a massive depletion of the country’s reserves. Kyari noted “Our target is to hit 40 billion barrels by 2023, but not until we go back to exploration, we may not achieve that target, because despite the fact that oil production is ongoing,  the additions are not matching production”.

Kyari, who was the special guest, said the lull in exploration activities by oil companies was responsible for the inability of the country to meet the 40 billion barrels reserve target it set some years ago.

The NNPC GMD maintained that the inability of oil companies to go into fresh exploration activities was due to lack of a fiscal regime for the industry.

‘‘Since 1999, we have been trying to work on a new legislation for the oil industry to no avail and this has negatively impacted the oil sector because a lot of investors are just sitting on the fence watching the direction the country will embrace.”

He however assured stakeholders that all issues around the fiscal regime should have been sorted out latest by middle of 2020, adding that the implication in the lull in exploration activities is that the country has been unable to increase reserves which have left it stucked at the 37 billion barrels reserve threshold for a long time.

According to him, investor apathy remained another reason for low exploration activities because nvestors ask critical questions that are relevant to their operations and interest.

We are using sports development to engage youths in Oyo –...