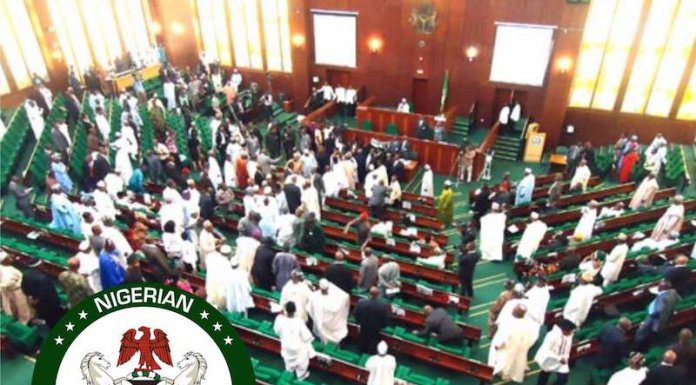 The House of Representatives has directed the Niger Delta Development Commission (NDDC) to suspend all payments with immediate effect, except for personnel cost for allegedly operating the 2019 fiscal year without a budget approved by the National Assembly.

The directive followed the adoption of a motion on the urgent need to investigate the failure and refusal of NDDC to submit its budget estimates for 2019 to the National Assembly for approval brought by Hon. Benjamin Kalu.

The House also summoned the Minister of Niger Delta Affairs, Senator Godswill Akpabio to explain to the House why the commission has been spending monies which were not appropriated for and approved by the National Assembly.

Kalu, in the motion expressed concern that more than 13 months after the time required by law, the NDDC was yet to submit an estimate of its expenditure and income for the year 2019.

He said by this, the commission grossly failed to comply with the provisions of the 1999 Constitution as amended, as well as the Fiscal Responsibility Act, stressing that the budget estimates should have been presented to the House before September 30, 2018.

Kalu noted that despite the commission’s failure to submit the 2019 budget estimates to the House, it has for a whole year been operating, making expenses and awarding contracts further to its master plan, with certain awarded contracts worth N10 billion without an approved budget as required by the constitution and the enabling act.

The lawmaker emphasised that commission also violated the provisions of Section 82 of the 1999 Constitution as amended by incurring expenditure far beyond six months as required by law and had spent monies in excess of half the amount approved by the National Assembly in its 2018 budget.

Kalu said, “The delay in the submission and passage of the NDDC budget as well as the continued expenditure of the commission beyond the constitutional threshold amounts to fiscal indiscipline, engenders corruption and provides the platform for arbitrariness by the management of the commission.

“No money shall be withdrawn from the consolidated revenue fund or any other public fund of the Federation, except in the manner prescribed by the National Assembly.”

The House therefore mandated the committee on NDDC to conduct a comprehensive investigation into the financial activities of the commission in the past three years and report back within four weeks.

Olu of Warri-designate to be crowned on August 21