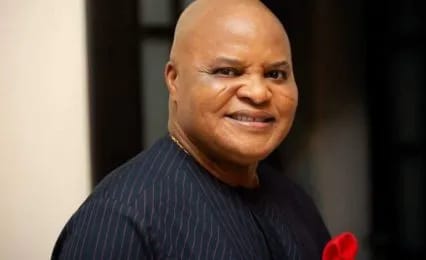 A maiden board of the new Nigerian National Petroleum Company (NNPC) Limited was inaugurated by President Muhammadu Buhari on Friday, January 7, 2022, under the chair of Senator Margery Okadigbo. But before the consummation of the Okadigbo-led board, there was a board that existed for three months before its composition was tinkered with. Recall that the composition of the board was first announced on Sunday, September 19, 2021 with Senator Ifeanyi Araraume as chair, a development that was largely applauded by many southeasterners who saw the appointment given to the Southeast, amid the mantra of marginalization, as strategic accommodation of the zone’s interest in the commanding height of the critical oil sector of the national economy.

The inauguration of the Araraume-led Board, which was scheduled to hold on November 23, 2021, was suspended, indicating that there were some contending issues- whether real or imagined- that needed to be dealt with. The delay in inaugurating the board was writ large and there were reasonable suspicions that Araraume’s chairmanship was the cause. Secretary to Government of the Federation (SGF), Mr Boss Mustapha, who issued a statement announcing the suspension of the inauguration neither gave the specifics nor details of reasons that undergirded the suspension. On January 7, 2022, when the President finally inaugurated the Board, Araraume’s name was missing from the list.

That could not have been an oversight. He was chairman of the Board for crying out loud. The names of other members appointed along with Araraume were retained, and Senator Margery Okadigbo was indicated as the new chair, thus validating claims that the webs of intrigues around the Board were about Araraume. But then, what was Araraume’s offence to warrant his comeuppance of being dropped as chair of the Board of NNPC? Was he negatively profiled by the relevant security agencies? If that happened, Nigerians should be told the outcome of such profiling by relevant security agencies; otherwise, people would be left to speculations, wild guesses and gossips about what does not exist or what exists only in the imaginations of the orchestrators of the disingenuous narratives.

Let us push aside what might be their narratives, which are tenuous, in any case, in the face of existing security reports by relevant agencies that gave Araraume a clean bill when he was appointed as an Executive Director into the Board of the Nigerian Communications Commission (NCC) by President Buhari, a position he resigned in 2018 to contest for the governorship position in Imo State in 2019. I have yet to be made aware of any new security profiling that has come out to either vitiate or supersede the security clearance that was condition precedent to his NCC appointment.

Other members of the board scaled the hurdle of security clearance. The Chairman and the entire membership of the Board received their letters of appointment and were awaiting their inauguration by the President, when the inauguration was caught in a web of intrigues. There was a grand conspiratorial alliance among some powerful forces, allegedly procured by a southeast governor, a junior minister and some interests, to pressure the Presidency to replace the entire board. The problem would appear to be with the elements that plotted to have the board dissolved and not with Araraume who was the prime target of the plot.

If pieces of information gleaned from a grapevine are infallible, then it means that those who undercut Araraume were really desperate to get the Imo-born politician out of the Board so that they could have their way in the NNPC especially on the eve of a general election year. Consider parts of the narrative that filtered into my ears: the forces who conspired to remove Araraume as NNPC Board chairman embarked on that voyage to limit the magnitude of opposition that they would run into in their design to access election funds from the NNPC before and during the 2023 general elections.

Unfortunately for Araraume, he was considered by the forces that plotted his ouster to be too strong a character to yield so easily to their shenanigans. They feared that he might commit himself to the running of the new NNPC Limited as a profitable venture to bolster the national economy in line with the new management philosophy of the restructured company. They feared he might synergize and partner the management to consolidate on the unusual legacy of profitability that the Group Managing Director, Malam Mele Kolo Kyari, has begun to build, for the first time, in the annals of the NNPC. Already, Kyari, who is keeping fidelity with his Transparency, Accountability and Performance Excellence (TAPE) agenda, constitutes real obstacle to any attempt to turn the NNPC into a harbinger of slush funds for prosecuting general elections as had always been done in the past. The forces, as learnt, did not give this as a reason for the proposal to remove Araraume because they knew it won’t fly with President Buhari.

To be sure, the Transparency component of Kyari’s TAPE agenda, aimed at maintaining positive image, shared values of integrity and transparency to all stakeholders, is gaining traction by the day while the Accountability component – to ensure and assure compliance with business ethics, policies, regulations and accountability to all stakeholders – is on the upward trajectory. Performance Excellence, conceived to entrench a high-level of efficiency anchored on efficient implementation of business processes which would also emplace an appropriate reward system for exceptional performance among the workforce, has become a mantra in the NNPC.

To now add an Araraume, a shrewd businessman with a knack for profit-making, to the brick wall of accountability and strict compliance with financial ethics in the new business world of NNPC would certainly be counterproductive to the real gambit of the elemental forces. Whereas, the forces accomplished their plot on the wings of some nebulous rationales, I am sure that President Buhari had nothing against Araraume, otherwise, he would not have approved of his appointment into the NNPC Board in the first instance, let alone okaying his choice for the chair of the board and causing it to be announced. If anything at all, the President was worried that the subsequent delay in inaugurating the Board had the potential of rolling back the gains and the rise in investors’ confidence in the oil industry that attended his assent to the Petroleum Industry Bill (PIB) to become an Act. That was, as leant, the principal reason the President reportedly approved the upgrade of Senator Margery Okadigbo from the Southeast zone so that the Boad could hit the ground running.

While the position of the Board chair still belongs to the Southeast zone, the removal of Araraume was a loss to Imo, and, perhaps not necessarily a personal loss given the magnitude of his accomplishments and his growing business empire. The grapevine had it that the forces could not, indeed, implicate Araraume or the other members of the Board of involvement in any shady deals to validate a case for blanket dissolution of the Board. Had the President kowtowed to the forces’ plot to collaterally damage the Araraume-led Board, it (board) would have been dissolved and Senator Margery Okadigbo might not be chair today, as it were.

Now let us consider the conclusion of the whole matter: relying still on the grapevine, it is hereby concluded that the main target of the deliberate and concerted plot, albeit unsuccessful, to dissolve the Board and emplace a newer board was actually Araraume, who would not, in their calculations, play ball at the right time to facilitate the opening of the NNPC coffers for 2023 general election funding. And while they failed on their plan A, they reverted to Plan B which was to single out Araraume for unjust comeuppance for committing the imagined offence that he would be too strong-minded to lend himself for control by their forces whose agenda is to mindlessly “loot” the NNPC in the guise of accessing funds from there to prosecute the 2023 general elections, particularly the presidential election, sancta simplicita.

Fola Alade left behind a legacy of brilliance and diligence-Buhari