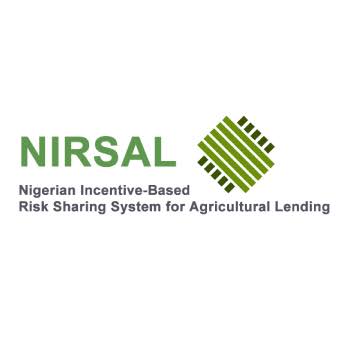 The Nigeria Incentive-Based Risk Sharing System for Agricultural Lending has debunked reports that the Central Bank of Nigeria has suspended further disbursements to the agency over allegations of corruption in its handling of the Federal Government’s Anchor Borrower’s Programme.

An online newspaper, The Gazette, had claimed that the agency’s “flagship Anchor Borrowers’ Programme” and its Chief Executive, Aliyu Abdulhameed, had been enmeshed in endemic graft, which has all but run down the commercial agriculture scheme.

The publication had cited a March 10, 2021 memo from the CBN, which referred to a February 24 meeting in which the decision was taken to suspend further loans for the scheme.

But NIRSAL said not only were the claims erroneous, the publication also betrayed the writer’s lack of understanding of the relationship between the agency and the CBN, and operations of the Anchor Borrower’s Scheme.

“In their desperation to throw mud, a routine communication between CBN and NIRSAL Plc to activate a workable loan repayment/recovery agreement with Anchor Borrowers’ Programme (ABP) farmers was transformed into a ‘corruption scandal’ allegedly perpetrated by NIRSAL Plc’s leadership.

“The report is not only lacking in credibility but is also totally ridiculous when clear facts and contexts are considered,” a report by The Eagle Online quoted it to have said.

NIRSAL Plc, it says, is a wholly-owned investee company of the CBN, incorporated with the main mandate to de-risk agriculture and facilitate agribusiness.

Being the sole owner of NIRSAL, the CBN has the right to assign to it other tasks that are related to its core mandates such as issuance of credit risk guarantees to banks and investors for agriculture and agribusiness projects, technical assistance to project owners and financiers, rating and incentivising actors in the agricultural value chain and agricultural finance market place, among others.

Apart from its core mandate of credit risk guarantee operations, it can also serve as a Participating Financial Institution in the CBN’s Anchor Borrowers’ Programme through which the CBN provides loans to farmers on very concessional terms.

It debunked as fallacy the assumption that NIRSAL is synonymous with the Anchor Borrower’s Programme, as it is just one of the many Participating Financial Institutions involved in the programme.

It explained: “Contrary to the impression given in these false reports, NIRSAL Plc is one of several Participating Financial Institutions (PFIs), not the only one involved in the ABP. In fact, the scheme was launched in 2015 (two years before NIRSAL Plc’s involvement) by President Muhammadu Buhari to create a linkage between anchor companies involved in the processing of agricultural produce and smallholder farmers of the said produce. The idea that ABP is solely operated by NIRSAL Plc is completely ludicrous and incompatible with the facts.”

“The roles of NIRSAL as an agricultural organization is to organize farmers, register them and present them to the CBN for consideration as borrowers for its agricultural loans after due diligence and credit checks to ensure their creditworthiness. The CBN creates these loans directly in the names of the farmers and the farmers’ bank accounts are credited with the loans accordingly.

“All funds disbursed by the CBN under the ABP are accountable down to the level of the farmer and his farm, including the farmer’s biometrics, home address, telephone number, bank account number, BVN, photograph, farm location, current loan status, and so on.

“NIRSAL Plc, together with field officers (DFOs) of the Development Finance Department (DFD) of the CBN, monitor these farmers to ensure proper loan utilization throughout their growing cycle.

“At harvest, farmers are expected to pay back their loans in cash or kind or both.

“Where farmers cannot pay back over the tenor of their loan facility, the CBN in most cases provides these farmers additional time to enable them to pay back.

“Where farmers refuse to pay back, the CBN rightly suspends further loan disbursements to these farmers, gives them forbearance to pay back in return for re-consideration to re-join the programme through the PFI that organized them in the first place.

“It is this ordinary, internal, day-to-day programme management and administrative communication between two related institutions that these unscrupulous online media platforms have illegally acquired and made an issue of ‘corruption scandal against NIRSAL Plc and its Management’.”

It insisted that in line with global standards in credit management and for the proper management of schemes like the Anchor Borrower’s Programme, the CBN can suspend disbursement of its loans to those farmers, under any PFI window, where they (farmers) prove recalcitrant in repaying their loan obligations.

It said: “The CBN does this via the PFI window that presented these farmers for enrollment into the programme in the first place. This is the right step to protect the scheme and ensure that progress towards the attainment of its objectives is not compromised.

“Therefore, when accumulated loans are not paid, indebted farmers can be suspended from further accessing the facility until they repay their outstanding commitment.”

It said that contrary to the false stories bandied about by “some integrity-challenged journalists and their sponsors,” NIRSAL Plc could not have taken liberties with ABP funds because no such funds are under its absolute control, and NIRSAL itself is owned by the CBN, so its entire corporate accounts are operated in and within sight of the CBN as its own banker.

“Against this backdrop, the notion that a typical CBN internal administrative communication, to its own company, was tantamount to a sanction against NIRSAL PLC for ‘corruption’ is a deliberately misplaced, outright falsehood that is totally lacking in basic credibility,” said the Management.

The agency said it had a positive track record as a Participating Financial Institution in the CBN Anchor Borrowers’ Programme, which is characterised by quality performance and significant milestones, adding: “It is also an unimpeachable fact that our performance in loan management and loan repayment/recovery from farmers under the ABP, a process which is still ongoing as more farmers are harvesting and selling their produce, is a solid one that compares favourably with peers in the scheme.”

It also defended its Chief Executive: “Under the oversight and inspiration of Mr Godwin Emefiele, the CBN Governor and board chairman of NIRSAL Plc, Mr Abdulhameed, working with a competent and highly motivated team, has built NIRSAL Plc, from the ground up, into an effective high-profile institution that has facilitated over N120 billion of critical funding into key agricultural projects in the five short years of its corporate existence.

“This success seems to have become his albatross, fueling the anger of a cabal that is determined to rubbish the successes of the Buhari administration’s passionate focus on agriculture and agribusiness in their desperation to hound and destroy Mr. Abdulhameed.

“But we are not intimidated. We are confident that, like previous campaigns of falsehood against NIRSAL Plc’s leadership, this will also fail because our performance speaks for us and the truth will ultimately prevail.

“We will not allow falsehood and other invented distractions to stop us from doing justice to the credible work we are doing to boost Nigeria’s agriculture/agribusiness economy and the overall economy.”

NIRSAL demanded that the newspaper retracts its defamatory publication, failing which a legal process will be initiated against it.

We will implement FG’s directive on travel ban — Immigration Boss