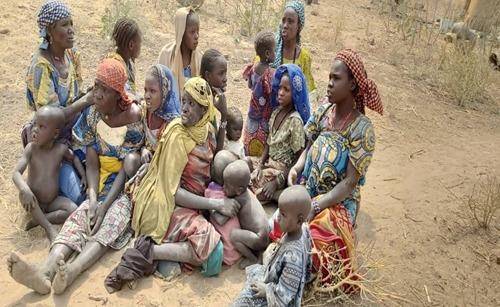 Troops of the Nigerian Army have rescued more Boko Haram captives in Borno and Adamawa States.

He said the cowardly insurgents fled in disarray, abandoning a woman and her daughter who were hitherto held captives by them.

“Preliminary investigation reveals that the rescued captives have been in the Boko Haram captivity for 2 years. Rescued captives were handed over to Internally Displaced Persons’ Camp officials for further management,” Iliyasu said.

The Nigerian Army Operations’ Media Coordinator added that on 27 February, 2020, while acting on credible information from the locals, troops of 271 Tank Battalion deployed in Kopa Village in Madagali Gwoza Local Government Area of Adamawa State, mobilized to Maikadiri Village where it was reported that some Boko Haram criminals had abducted 3 women.

He said the troops pursued the fleeing insurgents and established contact, thus forcing them to abandon their victims and escape in disarray but the 3 victims were successfully rescued unhurt and reunited with their families.

He said the criminal Boko Haram elements hibernating in the area fled their enclaves on sighting the troops.

“The unrelenting troops embarked on a hot pursuit of the escaping criminals, neutralizing 2 of them and recovering 3 bicycles, and 2 Boko Haram flags among other items; and, rescued 9 women and 16 children who were hitherto held hostage by the criminals.

Col. Iliyasu said the Chief of Army Staff, Lieutenant General Tukur Yusufu Buratai, reassured the general public of the resolve of the Nigerian Army to continue to execute the army’s constitutional mandate professionally and responsively for a better, safe and secure Nigeria.

He said the COAS also thanked all well-meaning Nigerians for their unabating support, goodwill and understanding towards the officers and men of the Nigerian Army.

Presidency says those calling for secession are Nigeria’s greatest problem

Buhari felicitates Oshiomhole at 69, urges him to inspire others to...