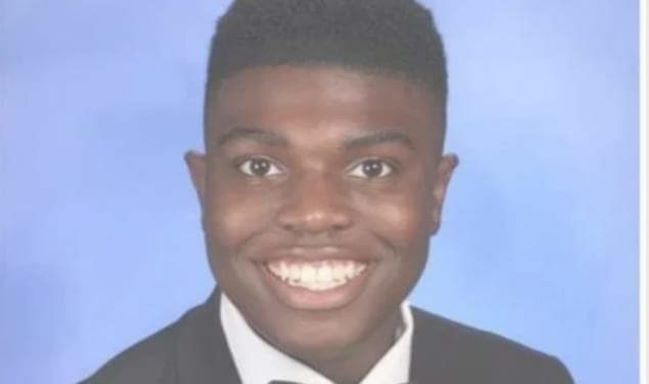 A Nigerian has become the first black valedictorian and the graduating student with the highest grade points ever recorded at a United States’ high school.

Timi Adelakun, 18, graduated with 5.604 GPA at South Broward High School in Florida. The youngest of three children, he said his feat means a lot to his family and community.

“Coming from a low-income community, it means a lot in general because of the way I was brought up,” he told ABC News.

The teen said though he was shocked when he received the news, he was aware of his potential to break the school’s record long before his senior year.
However, his major accomplishment has a bitter-sweet taste for his father who was deported over a decade ago and will be missing out on his big day.

“He is missing out and it is not his fault. It is not any of our fault,” Mr Adelakun said. According to him, his father lived in the U.S. for about 28 years after coming to the country as a student in 1981 but was deported when Adelakun junior was so young he could barely remember him.

“He left when I was in the first grade. I miss his physical presence and involvement,” he said. He said the family is fighting to bring him back to the country.

Due to his family’s financial situation, he said he helped in funding his education with side hustles, such as graphic design and photography, or walking to school if he missed the bus.

Aside from being a science buff, he said he fed off time rehearsing for upcoming plays. His love for performing art made him once serve as the district representative for a theatre competition.

Now as the school’s first black Valedictorian, Mr Adelakun is anxious about his speech that will be delivered during South Broward High School’s virtual ceremony in June.

He said he was yet to pen his exact remarks but plans to provide “some positive reinforcement” for the Class of 2020 in the wake of the coronavirus pandemic.

He was accepted by several universities, including Columbia University, the Juilliard School and the University of Southern California but would go to Pomona College, a private liberal arts college in Claremont, California which offered him a full scholarship.

Ministry of Interior releases names and photographs of wanted escapees from...

After #EndSARS, no government will ever ignore Nigerians again, By Fredrick...

House of Rep asks IGP to take over investigation, prosecution of...