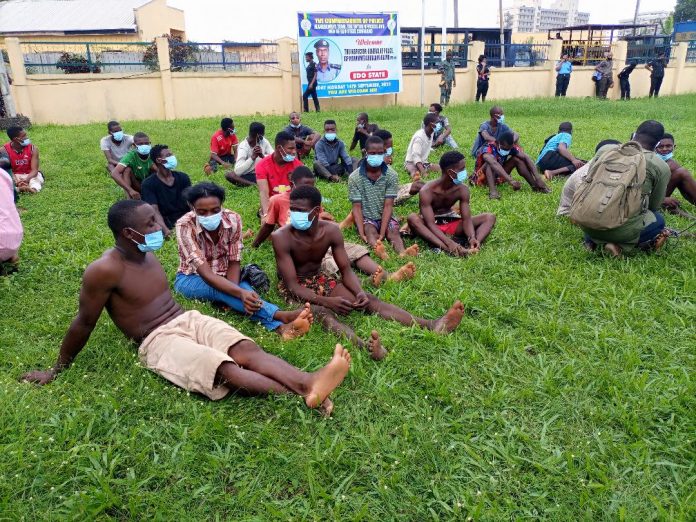 The Edo State Command of the Nigerian Police said 106 persons had been arrested for store breaking/looting/arson, 10 for escape from lawful custody, and 10 others for sundry offences.

The State Commissioner of Police, Johnson Kokumo, disclosed this during a press briefing on Wednesday. 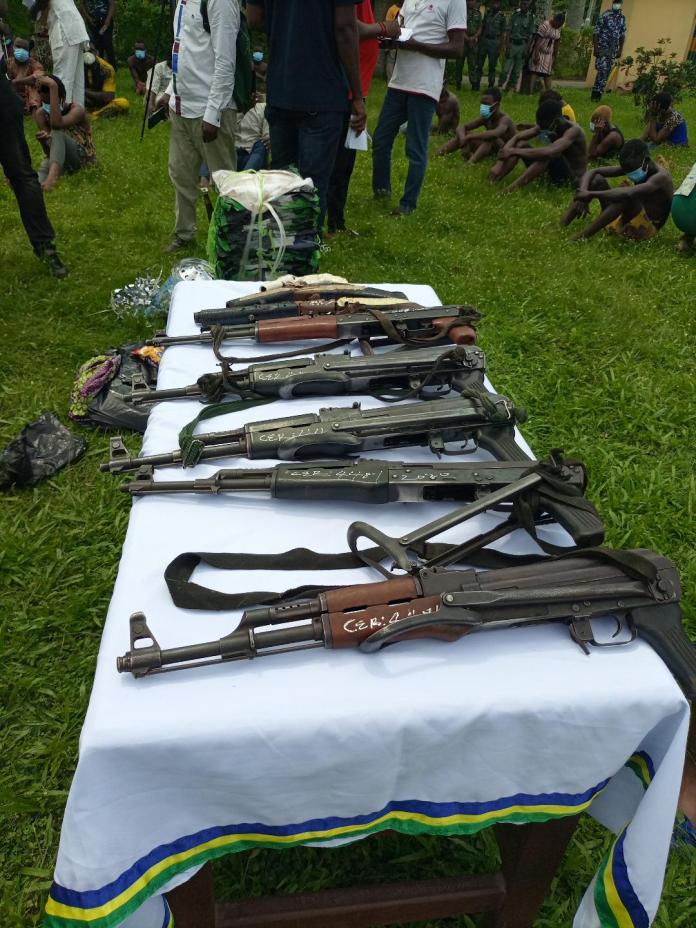 Kokumo said the “EndSARS” protest, was hijacked by hoodlums and mobs who went berserk wreaking havoc majorly in Benin metropolis.

“As you are all aware, the hoodlums burnt down police stations, carted away arms and ammunition, raped women in some areas, killed policemen on their gory path to destruction, freed convicted criminals and felons, looted businesses and extorted innocent Nigerians,” he said.

Kokumo further stated that the Command was pained by the havoc caused by the mobs and hoodlums, masquerading as protesters who were united by a common criminality.

He said the stolen arms regrettably would be unleashed on the members of the public.

According to him, as the looting and destruction was taking place, the Police and other security agencies mustered courage and put their act together and were able to arrest some of the arsonists, looters and escapees.

Below is the list of suspects arrested indicating locations where they were arrested:

3. In another development, on the 26/10/2020, while the situation was subsiding, some unscrupulous elements in Jattu, Edo State were hobnobbing on how to break into the Town Hall.
They were however arrested by some vigilantes and policemen of Jattu Police Division before any damage could be done. They are:
1. Kingsley Adoko ‘m’
2. Esther Julius ‘f’
3. Adams Shaka ‘m’
4. Audu Mustafa ‘m’
5. Divine Mackson ‘m’
6. Michael Aigbedion ‘m’
7. Franca Samuel ‘f’
8. Peter John (alias Atorodo) ‘m’.

5. Part of the suspects arrested are four hoodlums; Charles Okoeguale ‘m’, Ojo Osamiemwenfan Igbinoba ‘m’, Gift Osayiwu ‘m’ and Osasumwen Imanawe ‘m’, who were seen with Police rifles, uniforms and other accoutrements carted away by hoodlums who invaded the several police stations during “ENDSARS” protest.