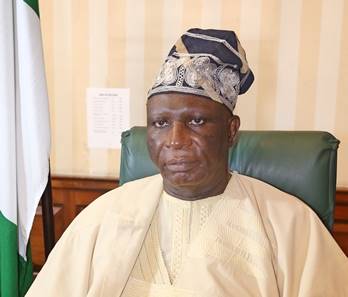 This was contained in a statement titled ‘Debts owed by Diplomatic Missions and International Organisations in the United Kingdom: 2018’ released on Tuesday by Secretary of State for Foreign and Commonwealth Affairs, Dominic Raab.

The statement showed that the Nigerian High Commission is among the diplomatic missions and international organizations having unpaid charges for the year 2018.

The Commonwealth Office said Transport for London is owed more than £116m of unpaid congestion charges by diplomatic officials, with the Nigeria High Commission leading the way, after the US and Japan.

The Commonwealth Office further stated that aside from the unpaid congestion charges, the Nigeria High Commission has £47,165 in outstanding parking fines in the same 2018, adding that the commission also has £36,975 of unpaid National Non-Domestic Rates, which is 6% of the total value of offices of diplomatic missions which they are obliged to pay. These put the total unpaid debt of the Nigeria High Commission at £7,148,105 for the year 2018.

Raab said the Commonwealth Office has held several meetings with the debtors while encouraging them to defray their debts.

He said, “The Foreign and Commonwealth Office has held meetings with missions which have substantial outstanding parking fine debts. In addition, in 2019 Protocol Directorate wrote to diplomatic missions and international organisations with debts giving them the opportunity to either pay outstanding debts or appeal against specific fines if they considered that they had been recorded incorrectly.”

Davido named one of the most influential people in the world...

Why Obaseki does not deserve NUT Award/ Second term, By Charles...