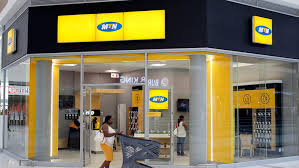 MTN
The Federal Government has directed the telecom firm, MTN, to suspend its plan to impose a new charge on customers who use its short codes to access banking services.

MTN Nigeria in an SMS message to its subscribers on Sunday said the decision was at the request of the banks and would take effect from Oct. 21.

“Yello, as requested by your bank, from Oct. 21, we will start charging you directly for USSD access to banking services. Please contact your bank for more information,’’ the message said.

Many Nigerians have expressed outrage on social media over the plan, which is coming amid a raft of new charges the federal government has caused citizens to pay.

In a statement, the minister of communication, Isa Pantami, said his ministry was unaware of the plan and had directed the regulator, Nigerian Communications Commission, to suspend it.

The statement reads,”The attention of the Federal Ministry of Communications has been drawn to the viral text message allegedly sent by the Mobile Network Operator MTN Nigeria and other Mobile Operators notifying subscribers of a four naira (N4:00) charge per 20 seconds on USSD access to banking services from the 21st of October 2019.

The governor of CBN, Godwin Emefiele, gave the bank’s position at a news briefing by the Nigerian delegation to the just-concluded World Bank/IMF Annual Meetings, in Washington on Sunday, according to the News Agency of Nigeria.

Responding to a question seeking his reaction to the announcement, the CBN governor said the bank would not allow that to happen.

“About five, four months ago, I held a meeting with some telecom companies as well as the leading banks in Nigeria at Central Bank, Lagos,” he was quoted as saying.

“At that time, we came to a conclusion that the use of USSD is a sunk cost. What we mean by a sunk cost is that it is not an additional cost on the infrastructure of the telecom company.

“But the telecom companies disagreed with us, they said it is an additional investment on infrastructure and for that reason they needed to impose it.

“I have told the banks that they have to move their business, move their traffic to a telecom company that is ready to provide it at the lowest possible, if not zero cost.

“And that is where we stand, and we must achieve it,’’ he said.

Ismaila Funtua: At Times Like This, One’s Ashamed to Be A...