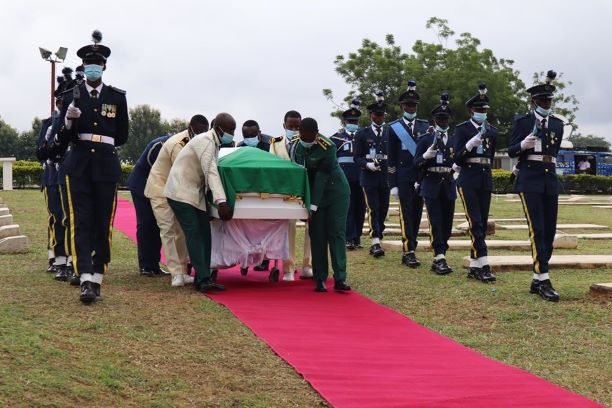 Director of Public Relations and Information, Nigerian Air Force, Air Commodore Ibikunle Daramola said the Burial Ceremony, which was conducted with full military honours, was held at the National Military Cemetery, Abuja with restricted attendance in compliance with COVID-19 protocols.

Daramola further stated that the Minister of Defence, Major General Bashir Magashi (retd.), represented by the Permanent Secretary Ministry of Defence, Mr Sabiu Zakari, presided over the Ceremony, which also had in attendance the Executive Governor of Kogi State, His Excellency Yahaya Bello, amongst other dignitaries.

The Chief of the Air Staff (CAS), Air Marshal Sadique Abubakar, said the NAF was still in palpable shock and intense grief over the loss of a mentee in whom the service had so much confidence. 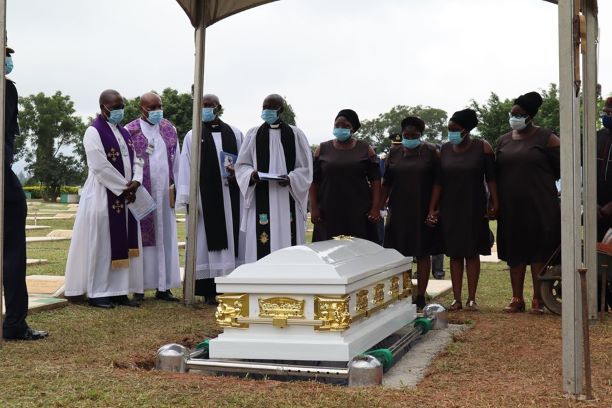 He described the late Arotile as a dedicated and goal-oriented young woman who carried out her assignments both on the ground and in the air with a high level of professionalism and commitment.

While reiterating how the fallen heroine had contributed immensely to the decimation of subversive elements in the North-West axis in several anti-banditry combat missions, Air Marshal Abubakar condoled with all NAF personnel, the Arotile family as well as the entire women folk of the nation, whom, he said, the late Arotile represented so creditably.

He equally commiserated with the good people of Nigeria, whose sovereignty, the CAS noted, Tolulope fought earnestly to protect.

The CAS restated the commitment and unalloyed loyalty of the NAF to the Commander-in-Chief of the Armed Forces of Nigeria, President Muhammadu Buhari, in his efforts at tackling the security challenges facing the Nation.

Air Marshal Abubakar prayed for the repose of the soul of the NAF’s first female combat helicopter pilot, who, he re-emphasized, had left her mark in the sands of time.

According to him, “she proved that when it comes to displaying excellence and adding value to the society, age or gender should not be barriers.

“Tolulope, while you fulfilled your childhood dream of becoming a pilot, we could only scratch the surface of our collective dream as a Service for you.

“We remain comforted by the peace which only God grants us all at this moment and at all times.

“Your memory will remain indelibly marked in our hearts each time we remember you.” 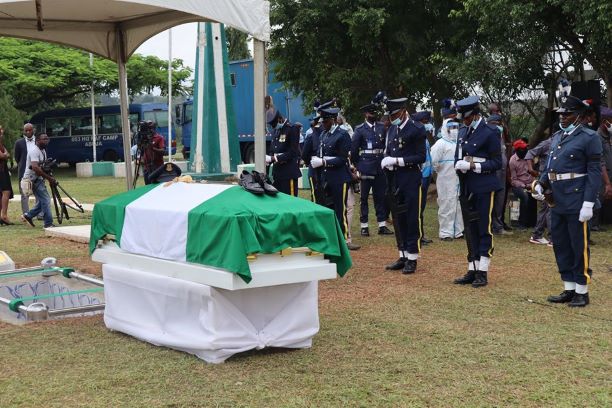 While reading a tribute to the late Flying Officer Tolulope Arotile, the representative of the Arotile family and elder sister of the deceased, Mrs Damilola Adegboye, expressed gratitude to the NAF for the impact, training and expertise which, she said, set an excellent platform for Tolulope to outshine her peers.

“Because of their trust and investments, Tolulope showed exemplary skills too difficult to emulate,”she added.

She highlighted that Tolulope had always dreamt of becoming a pilot. 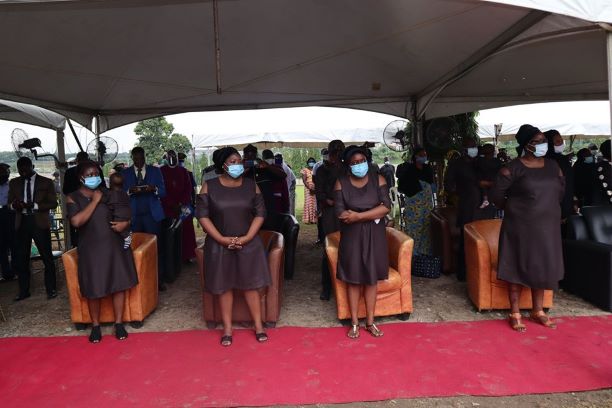 She said the entire Arotile Family was grateful that the dream, though blurry at that time, was not only fulfilled but also resulted in great impact not only in the NAF but among family members, friends, colleagues and the entire Nation.

She said this was because Tolulope was a determined, hardworking, godly and extremely focused person. She again expressed gratitude to the CAS and the entire NAF Family who, she said, would always remain treasured members of the Arotile Family.

Other key moments of the solemn event were the presentation of National Colours to the deceased’s Next-of-Kin by the CAS, laying of wreaths by dignitaries and the representative of the Arotile family as well as the customary 21-gun salute and rendition of “the Last Post” by the NAF Band.

The Faith Service had earlier been conducted by Group Captain (Reverend) Dogo Gani, Director Chaplaincy (Protestant) Headquarters NAF, before the casket was lowered into the ground.

Nigeria @61: Let the hope and faith in fatherland be sustained-...