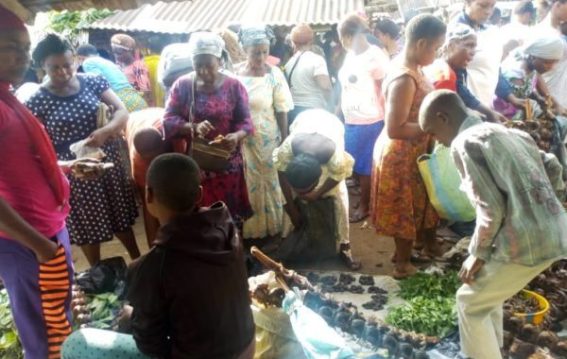 The UN and European Union (EU) plan to spend $10 million per year in the next four years to end all forms of violence against women and girls in Nigeria.

Mrs Hadiza Aminu,  EU, UN Spotlight Initiative Coordinator,  said this in Kano on Monday during a media dialogue Stoplight Initiative on ending violence against women and girls in Nigeria.

Aminu  said  43 per cent  of girls were married before the age of 18 and 17 per cent  married before 15, while 20,000 new cases of obstetric fistula occurred every year, according to the .National Demographic Health Survey of  2013.

The EU, UN Spotlight Initiative is a global partnership aimed at  eliminating all forms of violence against women and girls and all harmful practices in support of the 2030 Agenda on Sustainable Development.

Aminu said that  the project  would start in five pilot states of  Adamawa, Ebonyi,  Cross Rivers, Sokoto and Lagos as well as the Federal Capital Territory and Splits.

She said that violence and other forms of harmful practices against women and girls were reported to be of epidemic proportions and this trend  was on the rise in the country.

She said that there was a need to  have the right people to discuss  social norms.

Aminu said the country had the problem of a lack of data  but that with the structures in the states, data could be generated with proper training.

She said that the groups would support government agencies in- charge of data  generation.

She said that the EU and UN would ensure that states had family courts  to handle cases of violence.

Mr Danladi  Bako, a former Commissioner for Communication in  Sokoto State, said that  most women did  not report violence due to different reasons  which might be cultural, religious or fear of the future.

Bako said that poverty could increase  violence with social vices, adding that the issues of violence and rape had not been taken  seriously in the country.

Bako advised that EU and UN should  have people in radio and television stations, adding that there was a need for more men to be involved in the campaign against violence.

”There is a disconnect  between what the men want and what the women want;  so there  must be a way to harmonise  things to arrive at a point, ” he said.

Bako said that the country needed to fashion a way for men to accept gender equality and called for the political will from the government to address the issues.

He advocated an educational system that would be used to educate people on anger management as  80 per  cent  of violence  was based on provocation.

Bako  also advised that traditional leaders be involved in the fight against violence.

Mr James Ibor,  a human rights activist and member of Basic Right Counsel Initiative, said the issue of discrimination against women was common and the situation must change by creating strong awareness.

Ibor said Nigeria ratified the Convention for The Convention on Elimination of All Forms of Discrimination Against Women (CEDAW) in 1985 but international treaties could only go into effect when parliament put in a corresponding domesticated law.

He urged the media  to promote  the  values of gender equality.

Mrs Hapsatu Isiyaku, Assistant Director, National Population Commission, said that violence against women and children was a monster that required synergy and collaboration to eradicate violence in the  society.

Isiyaku said that the commission was  established  to ensure that all children born were duly registered and issued birth certificates as a means of identity.

She  said that birth certificate was the  first  legal identify recognised by law and that any child  that was not registered did not  exist.

She advised the media to dedicate part of the news and other programmes to sensitising members of the public  to the rights of women and children andalso to have birth certificates for their children. (NAN)

We will resist any planned protest in Lagos-Police

We are committed to prompt payment of salaries – Osun Govt