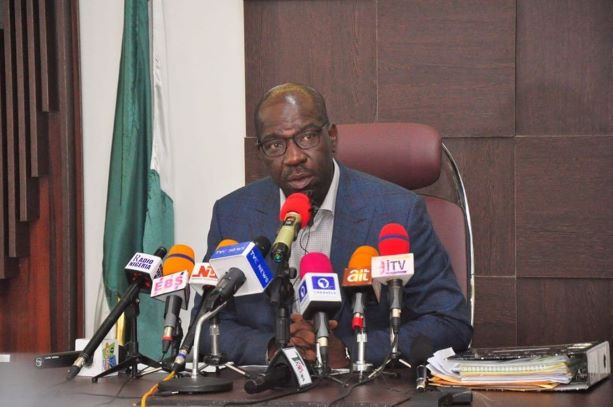 I am Edo movement, a socio-political group, has endorsed the second term ambition of Godwin Obaseki, governor of Edo state.

Obaseki is seeking reelection as governor of the state.

The group which was recently launched in Lagos said its mission is to inspire a spirit of patriotism in Edo people and mobilize citizen action for good governance.

Speaking during the launch of the group, Tony Usidamen, the convener, said: “For far too long, hard-working sons and daughters of Edo have distanced themselves from politics and governance in the state, and watched as a few entitled politicians, who are a demographic minority, call the shots in the affairs of the state, and brazenly plunder our commonwealth”.

“As major stakeholders in the Edo project, we the young professionals, home and abroad, can no longer stay on the sidelines.

“This is why the I am Edo movement was birthed to galvanize Edo people to take control of their destiny, and join in the process of restructuring, remodelling and rebuilding the state so that all citizens can journey towards their dreams with confidence and dignity.”

Usidamen said the power and responsibility for social change lie in the hands of the people.

“Through media advocacy and grassroots campaigns, we want to encourage participation in the electoral process, drive systemic changes in the community, local government, and state administration, and engender inclusive socio-economic development in line with the principles of democratic governance and social justice.”

Usidamen who lauded Obaseki’s administration said the positive impact on key sectors including education, healthcare, agriculture, power, manufacturing infrastructure, art and sports, and the civil service, is visible to all.

He said it was “only natural” to support leaders who are committed to the economic advancement of the state adding that “the credential of the other major contender, who seems to have the backing of self-acclaimed godfathers in the ruling APC, pales in comparison”.

US Commission on religious freedom condemns school abductions in Nigeria