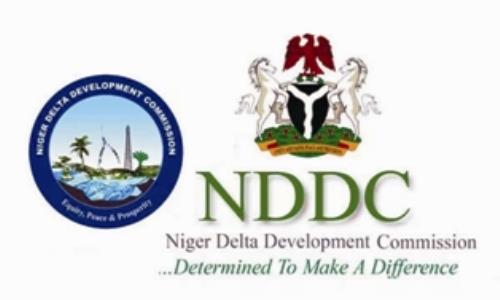 The sum is part of the N9.43 trillion allocated between 1999 to 2019.as 13 percent derivation to the nine oil-producing states and other agencies of the Federal Government involved developing oil-producing communities.

Information garnered from the Budget Office showed that the NDDC allocation is subsumed in the Ministry of Niger Delta’s total allocation.

It is only in few instances that the commission’s allocations were separated.

Other allocations that the commission got were buried in the main allocation of the Ministry of Niger Delta Affairs and  so the exact amount could not be readily determined.

Figures from the Office of the Accountant General of the Federation (OAGF) showed that without fail, the 13% derivation was paid to the governments of the states identified as oil mineral producing states.

The office of the  Auditor-General of the Federation has  queried over N70 million  spent  by the NDDC to accommodate persons at the Transcorp Hilton Hotel in Abuja between 2008 and 2012.

In the extract review of responses to its audit query, the office also noted multiplicity of hotel bills and receipts, some of which the commission said were missing.

It also identified about N133.16 million spent as advances on community engagements and project inspection which   were not properly accounted for.

The extract review reads in part: “In view of this, the then Acting Managing Director…. accordingly gave approval for the guests to be accommodated at the Transcorp Hilton Hotels, Abuja.

The rooms were reserved in the name of the Ag. Managing Director and her S.A. At the end of it, the hotel management issued us with receipts.

Why Biodun Shobanjo has vowed never to work with Adenuga again

NBS: Telecoms Sector, others take Nigeria out of recession as sector...