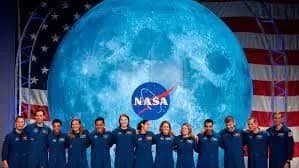 U.S. space agency NASA on Tuesday,  reported that the recent eruption of the underwater volcano near Tonga was several hundred times stronger than the explosive force of the atomic bomb dropped on Hiroshima.

NASA scientist,  Jim Garvin said in a statement that “this is a preliminary estimate, but we thought  the quantity  of energy released by the eruption was equivalent to somewhere between four to 18 megatons of TNT.

“That number is based on how much was removed, how resistant the rock was, and how high the eruption cloud was blown into the atmosphere at a range of velocities.”

The explosion “released hundreds of times the equivalent mechanical energy” as the Hiroshima blast, according to NASA, referring to one of two atomic bombs detonated by the United States in its war against Japan in 1945.

The underwater Hunga-Tonga-Hunga-Ha’apai volcano, just 65 kilometres north of Tonga’s capital Nuku’alofa, erupted on Jan. 16 sending a gigantic cloud of ash and gas into the sky.

An estimated 84 per cent of the approximately 105,000 residents on all of Tonga’s islands were  affected by the ash fall from the eruptions and the subsequent tsunami, the waves of which reached as far away as Alaska. (dpa/NAN)

Soludo declares end to sit-at-home in Anambra, offers amnesty to those...