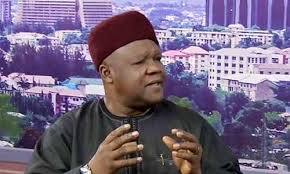 The National Consultative Front, NCFront, has promised to investigate the sudden death of one its associates and founding member, former Deputy Governor of the Central Bank of Nigeria,(CBN) Dr Obadiah Mailafia.

It also, in a statement issued on Sunday, expressed shock and sadness over the passing

In the statement by Ms Rukaiya Muhammad, the NCF said:”Mailafia until his unbelievable demise today was a member of the National Steering Council and the North Central Facilitator of the NCFront, who raised the bar of commitment to the tasks of the movement, constantly advocating a fair, just and equitable governance of Nigeria, therefore becoming a Frontline member of the National Constitutional Dialogue Committee initiated by the movement to stem the heightening constitutional crisis and political agitations and insecurity traceable to the inherent flaws and pit falls of the Nigerian Constitution foisted on the country by the Nigerian military at the outset of current troubled democracy in 1999.

“In demonstration of his huge commitment to the movement, Obadiah Mailafia last week gave a positive feedback to the National Secretariat of the NCFront on a tactical task given to him by the movement towards ensuring cohesion and stability in the North Central and Middle Belt region ahead of the people’s constitutional dialogue in the region, showing no sign of illness.

“Memories of his various endeavors and contributions will be remembered and honoured by the NCFront during the 2nd National Rescue Summit being planned by the NCFront to commemorate Nigeria’s 61st Independence Anniversary on 1st October, 2021.

“The movement however wishes to condole and  commiserate with the family of its departed Leader, Obadiah Mailafia, praying for the repose of his soul and fortitude and strength for members of his family and promising investigation into his sudden death.”

FG committed to improving lives of children in Nigeria – Agba