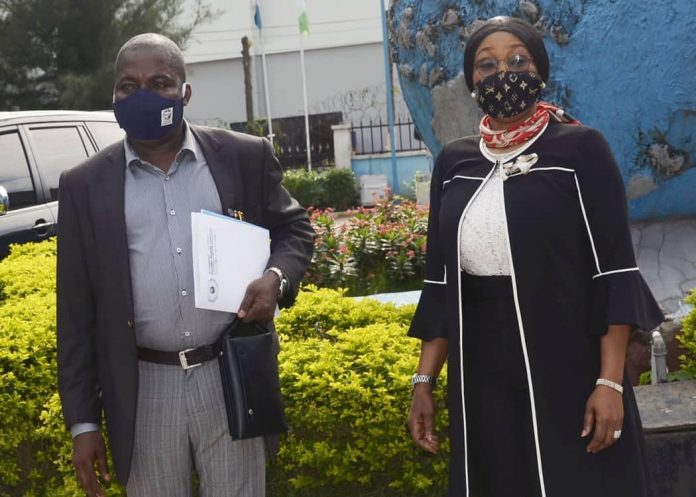 The National Agency for the Prohibition of Trafficking in Persons (NAPTIP) on Wednesday officially went into partnership with the International Human Rights Commission (IHRC) in fighting human traffickers and sexual predators.

The Country Head of the IHRC, Ambassador Friday Sani, said the job of fighting off traffickers and sexual predators was enormous and NAPTIP could not do the job alone.

He assured the Director-General of NAPTIP of activating volunteers of IHRC the world over to rise to the occasion of reporting human traffickers and sexual predators who prey on the innocent.

Sani further stated that IHRC Nigeria already appointed a desk officer to receive cases of violence against persons and report such cases to NAPTIP.

Also speaking during the meeting via zoom, the Secretary General of IHRC Prof. Rafal Marvin Wasik, applauded the Director-General of NAPTIP for standing tall against human traffickers and sexual predators.

He expressed readiness of the World Head Quarters to come to the aid of NAPTIP in order to rid Nigeria of deadly crimes of Trafficking in Persons and SGBV.

The Director-General NAPTIP, Dame Julie Okah-Donli, appreciated the IHRC for indicating interest to join her team in the fight against Human Trafficking and SGBV.

She assured the IHRC leadership that NAPTIP would do everything humanly possible to stop Human Trafficking and SGBV in the country.

The highlight of the occasion was a presentation of nomination of the DG as a federal Judge of the Federation of Human Rights Arbitration Court by the Country Head of IHRC Nigeria, Amb. Dr Friday Sani.

He disclosed that the “DG NAPTIP becomes the first black woman to make the list into the Federation of Human Rights Arbitration Court, Federal Courts of the EU.”

The Director-General thanked the IHRC for the special recognition and prayed that with the signing of the MoU, intelligence reports gathered by the IHRC would be transmitted to NAPTIP to help ease investigations, monitoring and prosecution of offenders.