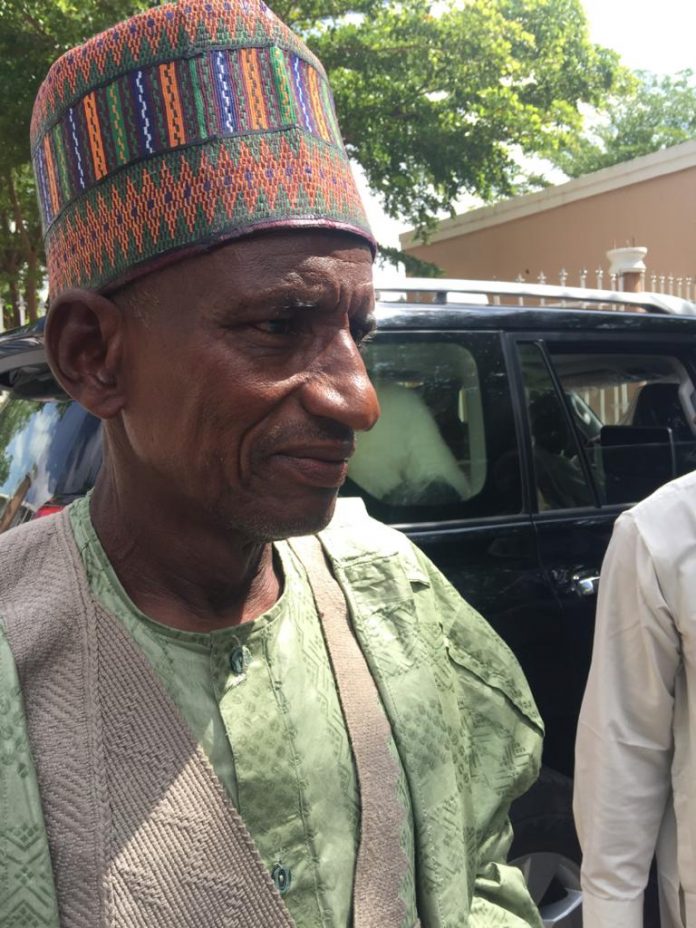 The village Head of Mashio, Alhaji Isa Mai-Buba who regained his freedom three  days after he was abducted by unknown gunmen, has described his ordeal an act of Allah.
Mai-Buba said that his captors did not maltreat him, nor even alter a word with him throughout those hours he spent with them in the bush.
Speaking to journalists after he was found to have been dropped in an open bush near Damaturu by his abductors, Mai-Buba said he was still at a loss as to who could have ordered his abduction since he was at peace with everyone, insisting that he believed his abduction was an act of Allah.
He disclosed that the kidnappers were taking him round in the bush throughout the night until he was rescued on Tuesday morning.
He said: “They did not touch me or do anything to me. They were just wandering with me in the bush. I was with seven of them.
“I don’t known who I have offended. This thing comes from Allah and I take it that way. They were speaking Fulani and Hausa.”
He added that: “This has never happened in Mashio before now and I pray this will be the last of this.”
It was gathered that the village head was rescued by a combined rescue operation of the Army, Vigilantes and volunteer hunters.
After the ruler was rescued, he was taken to a military facility in Damaturu to be examined.
A message by the spokesman of the Police in Yobe State, Dungus Abdulkareem said he was dumped by his abductors at an open field near the state capital Damaturu.
Abdulkareem message reads: “Good morning gentlemen, greatfully be informed that Alhaji Isa Mai Buba was rescued from his abductors today 18/8/2020 at (about) 0600hrs.
“This came up as a result of efforts by the joint operation of security operatives in the state, where all routes linking the district of the chief to other locations in the state were beefed up and with conspicuous patrol which makes it impossible for the abductors to move out to their destination, they later released the victim in an open bush near airport along Gashua road, Damaturu.”
He added that he showed signs of stress and fatigue and was taken for medical attention but would later be released to his family.
Please follow and like us:

Hundreds of thousands of people leave Britain due to pandemic

US congratulates Adesina on re-election as AfDB President