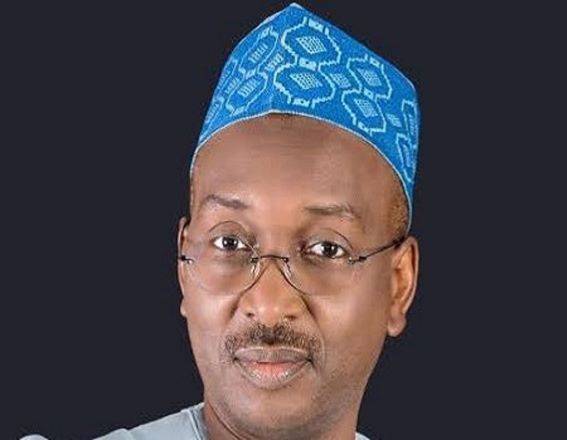 The Director General of the Progressive Governors’ Forum (PGF), Dr Salihu Moh’ Lukmam on Tuesday said he held the former National Chairman of the All Progressives Congress (APC), Comrade Adams Oshiomhole in high esteem and would not join issues with him.

Lukman had recently told Oshiomhole to take the back seat while the All Progressives Congress (APC) governorship candidate, Pastor Osagie Ize-Iyamu, shoukd be allowed to market himself to the electorate.

The DG said the Edo campaign was appearing more like a contest between Governor Godwin Obaseki and Oshiomhole.

Responding, Oshiomhole on Monday lashed out at Lukman, comparing him to a pig and having an empty brain.

Reacting to Oshiomhole’s outburst, the DG in an interview with newsmen in Abuja on Tuesday said, “You are all aware of the statement attributed to the former National Chairman of APC, Comrade Adams Oshiomhole.

“I want to make two brief statements as a rider to what I will call an appeal. The first statement is to say very unequivocally that I hold Comrade Adams Oshiomhole in a very high esteem.

“My prayer and hope is that our leaders will be able to have the needed large heart to tolerate one another and tolerate all of us because as human beings, God has created us differently.

“And it is the basis of the test of leadership – to be able to show an open, accommodating disposition to each one of us.

“The second statement I want to make is that I grew up in a very complex extended family set up and one of the things it has done in terms of my personal make up is that it imposes on me to be accountable at every point in time.

“When I commit an offence, based on my upbringing in that environment, I never transfer any of my offences to my parents or to any of my senior ones.

“I was always made to account and where there is the need as part of that accountability for me to be punished, I get punished.

“Having said that, I am open and ready to account for whatever I had said to the party and the leadership; if in the end the process of accountability requires that I get sanctioned, I will accept and I will remain in this party and continue to contribute in whatever way I can to help the development of the party.

“I account for my ‘offence’. Nobody should transfer my offence to any other leader of the party. That is the reason why I said I don’t think it is a matter that we should belabour.

“I take responsibility and all that I have said, you all have it. It is written in ink. It is not verbal communication that I can dispute. They are written documents.

He then appealed to party leaders to show some respect for resolving all the challenges facing the party for the sustenance of the party ethics.

“I have said it over and over again and I will repeat it- I am a proud member of the APC and my membership of APC supersedes any other responsibility that I may be called to discharge.

“I believe today in Nigeria, APC is about the only political party where internal contestation is permissible and to some extent, people like me are enjoying that privilege on account of availability of such a space.

“I have said it before that people can call President Muhammadu Buhari by any name, but I think the liberal environment we have in APC should be attributed to him because if he had conducted his affairs as the President of this country and being the leader of the party in the way, for instance, one of the former Presidents had conducted himself under PDP, we would not have had this freedom.”

When asked if he was under threat of sack following calls for his sanction by some party chieftains, Lukman said, “No. I have said it before and even in the last statement in the submission to Gov. Mai Mala Buni-led Caretaker Extraordinary National Convention Planning Committee, I am very proud to work for Progressive Governors and no doubt people would have individual positions on the position that I have taken but as far as I know, I think it encourages me that our leaders are truly disposed to engagement when it comes to issues of ideas on how to develop this party.

“So, it is not a matter of running away from certain issues that I had raised. I talked about the dangers of a single story as espoused by Chimamanda and I did not want the story that is all over the air now around what Comrade Oshiomhole said to be the only or single story. I want people to hear from me. I mean, I respect him and that is it.”

But when asked if the six months’ period given the Governor Buni led Caretaker Committee would be enough to accomplish its assignment and some of the DG’s recommendations in his letter to the committee, Lukman said he had confidence in the committee to deliver.

“That is why I said that I have absolute confidence in the Gov. Mai Mala Buni Caretaker Committee. We are not God, so leave that, only God that is perfect. He has set out from the beginning and has an unhindered and problem free exercise.

“Especially on issues that will be contextual, it is going to be contested, so anything could happen. At the moment, I am confident about the Caretaker Committee. They are working and I am absolutely sure they will begin to address the issues in no distance time.

“Whether they will have problem of time? We will cross the bridge when we get there. I think it is better to have that approach than to set out with the mindset that there will be problem, we will continue to be-labour the matter and that will distract them from focusing on getting initiated. That is my position.”