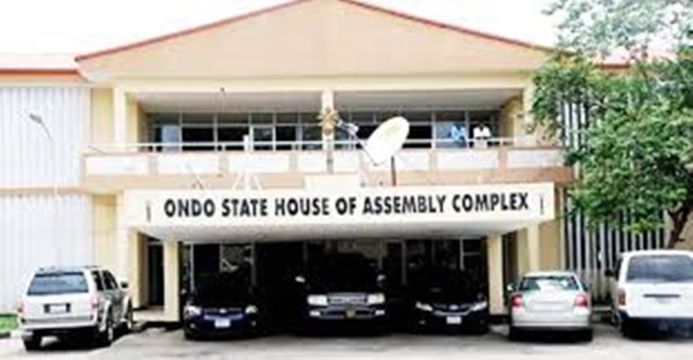 Speaker of the Ondo State House of Assembly, Hon. Bamidele Oleyelogun has asked the Chief Judge, Justice Olarenwaju Akeredolu, to set up a seven-man panel to investigate allegations of gross misconduct levelled against the Deputy Governor, Hon Agboola Ajayi.

The speaker wrote the state chief judge after nine lawmakers of the Ondo State House of Assembly alerted the chief judge to the plans by the Assembly to manipulate the conditions precedent to setting up a probe panel to investigate allegations of gross misconduct against Hon Ajayi.

The nine lawmakers had specifically begged the Chief Judge to play his role well as the protector of the Constitution of the Federal Republic of Nigeria 1999 by insisting that conditions precedent to setting up the panel as stipulated in section 188 of the law of the land were met.

In the letter by Speaker Oleyelogun, he urged the chief judge to set up the panel in line with section 188 (5) of the 1999 Constitution as amended, having purportedly met the conditions precedent.

He had said that a list of 14 lawmakers who signed an impeachment notice against Ajayi on account of sundry allegations of misconduct levelled against him was attached to the letter.

The letter to the CJ and signed by the Speaker reads: “By the Resolution of the House today pursuant to Section 188 (3) and (4) of the 1999 Constitution as amended, it was resolved that the allegations be investigated forthwith.

“It is in line with the above that we request that you set up the 7-man panel to conduct the investigation as resolved by the Honourable House and the Panel, shall soon as possible, report back to the House.”

Earlier, the opposition nine lawmakers had also written the Chief Judge to press for the contrary.

According to the letter: “We want to state and confirm to your good office that we maintain our stand by dissociating ourselves from the impeachment process.
“We are not in support of the impeachment based on our individual personal conviction.

“It is equally worthy of note that the total membership of Ondo state House of Assembly is 26 in which 2/3 is 18 and this remains the constitutionally required number irrespective of any arbitrary suspension.

“We are writing to call your attention to the fact that all or some of us who are signatories to this letter may be suspended in order to circumvent the provision of the constitution of Nigeria, which we all swore to uphold and protect, including your honourable Lordship , as this will be contrary to the laws of the land.”

Obasanjo charges Gov Bello to double down on provision of security...

Jegede congratulates Akeredolu, says “it is time to give glory to...