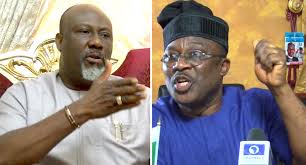 In a statement, Mr Festus Okoye, INEC National Commissioner and Chairman, Information and Voter Education Committee, said the decision was taken at a meeting held on Thursday in Abuja.

He recalled that at the conclusion of the court-ordered Kogi West Senatorial re-run election on Saturday, supplementary polls were indicated by the Collation/Retuming Officer for the Senatorial District.

Okoye said that collation procedures shall be in line with extant Guidelines for Collation at the Supplementary polls.

“We enjoin all the political parties and stakeholders to cooperate with the commission for conclusive free and credible elections in the affected areas,” Okoye said.

INEC declared Saturday’s senatorial re-run election for Kogi West inconclusive because the margin of win was less than the total cancelled votes.

INEC Returning Officer for the election, Prof. Olayide Lawal, said the candidate of the APC, Smart Adeyemi, polled 80,118 votes while Dino Melaye of the PDP got 59,548.
Lawal, however, said that votes were cancelled across 53 polling units in the senatorial district with 46,127 registered voters due to violence and snatching of ballot boxes.

CBN COVID-19 Palliative: Successful Applicants to get Credit within 48hours

Nnamdi Kanu to Court: I would have been killed if I...