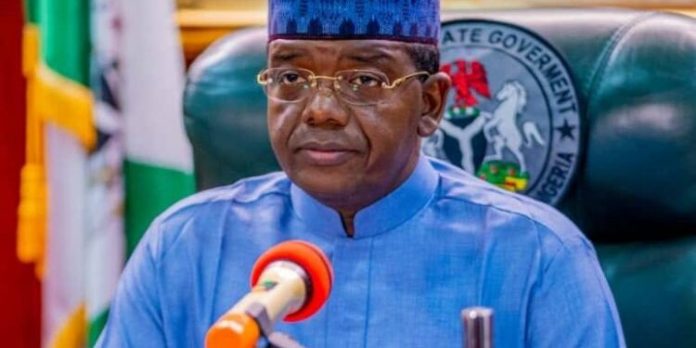 The Peoples Democratic Party (PDP), on Friday, sought court order, joining the three Zamfara senators and 27 other lawmakers who defected from the the party to All Progressives Congress (APC) in a suit against Gov. Bello Matawalle.

The PDP, through its counsel, O.J. Onoja, SAN, urged Justice Inyang Ekwo of a Federal High Court, Abuja, in a motion for joinder marked: FHC/ABJ/CS/650/2021 dated and filed Sept. 30 to do so.

The PDP is specifically asking the court to sack Matawalle, the three senators, six House of Representatives members and all the lawmakers in the state’s house of assembly that dumped the party for APC.

The News Agency of Nigeria (NAN) reports that the PDP had earlier sued the Independent National Electoral Commission (INEC), APC, the President of the Senate, Speaker of the House of Representatives, Governor of Zamfara and Chief Judge of Zamfara as 1st to 7th defendants respectively.

NAN reports that Matawalle alongside the three senators, six House of Representatives members and all the 24 members of the Zamfara House of Assembly had, on June 29, defected to the ruling party.

While the governor defected to APC, the Deputy Governor, Mahdi Gusau, did not.

Against this development, the PDP had sought the court order, joining Matawalle as 8th defendant since only his office was sued in the earlier application.

It asked the court to determine whether Matawalle and all the lawmakers are eligible to continue to occupy the various political offices into which they were elected on the platform of the plaintiff.

“That part of the complaint of the plaintiff in the originating summons also relates to the attempts of the 5th to 7th defendants to initiate and commence impeachment proceedings against the 2nd party (Gusau) sought to be joined, who is a member of the plaintiff political party and was elected to the office of deputy governor of Zamfara State on the platform of the plaintiff.

“That the parties sought to be joined were mentioned in the originating summons by name and their actions and inactions form part of the material facts that gave rise to the cause of action and subject matter of the originating summons and are thus persons whose interests may be affected by the outcome of this case,” among others.

The party said the application was brought in the interest of justice to join the said persons as co-plaintiff and defendants to enable the court effectively and effectually consider and resolve all the issues in controversy in the case once and for all and avoid a multiplicity of actions over the same subject matter.

It said the move was to ensure that “the ends of justice are not defeated by mere technical objections as to joinder of parties.”

When the matter was called, Onoja notified the court about three motions he had which he decribed as “harmless.”

“Number one is a motion on notice for extention of time filed and served on Sept. 28.

“The second one is a motion for extension of time filed on Oct. 12 and served,” he said.

After the two motion were not opposed by lawyers to defendants, Onoja adopted them and they were granted as prayed by Justice Ekwo.
However, when Onoja was about to move the motion for joinder dated and filed Sept. 30, Chief Mike Ozekhome, SAN, who was counsel to the 5th, 6th and 7th defendants (Speaker of House of Reps., the governor and chief judge of Zamfara) interjected.

Ozekhome argued that the application filed since Sept. 30, was only served on them three days ago.

He said what the PDP planned to do was to ambush them and recreate a new case because the people it sougt to be joined were not even members.

He said more time would be needed to study the motion.

The judge adjourned the matter until Nov. 2 for hearing of the motion, seeking the court order to join some parties in the suit.

NAN reports that Matawalle emerged as the governor of the state, following a judgment of the Supreme Court on March 24, 2019, which nullified the APC primaries in the state.

The apex court ruling affected Mukhtar Idris, the governorship candidate of the APC, who was declared the winner by the Independent National Electoral Commission (INEC) in the election and all other candidates of the APC in the general elections. (NAN)

Nigerian Air Force and its crashing planes, By Reuben Abati

NYSC Saga: Court verdict has vindicated me from three years of...

Police: How we tracked, arrested killer of Super TV boss