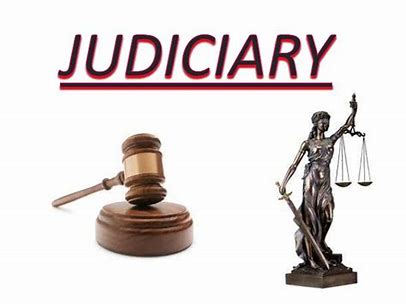 A 30-year-old man, Abdul Abdulkadiri, on Tuesday appeared in an FCT High Court sitting in Nyanya for allegedly causing his neighbour’s wife to miscarry.

The police charged Abdulkadiri with causing the death of an unborn child.

The Prosecution Counsel, Mr Okokon Udo told the court that the defendant and his co- tenant had an altercation  in their house in Kabusa, Abuja.

He alleged that the defendant threw a stone at his co-tenant which missed him and hit his wife, Ebere Adebayo who was four months pregnant.

The prosecution alleged that Adebayo had a miscarriage.

The offence, he said, contravened the provisions of Section 236 of the Penal Code.

The defendant pleaded not guilty to offence.

The defendant’s counsel, Mr Etta Effion, applied and argued for his bail which Udo did not oppose.

Subsequently,  the judge, Justice Peter Kekemeke admitted him to bail in the sum of N5 million with two sureties in the like sum.

Kekemeke ordered that one of the sureties must be a land owner in Abuja with a certificate of occupancy.

He adjourned the case until Oct. 15 for trial.

In another development the police also charged one Moses Anyaoha with nine counts, bordering on criminal conspiracy, culpable homicide and stealing.

The Police alleged that Anyaoha and one Tony Mba, now at large, between 2010 and January 2011 conspired to commit offence of culpable homicide contrary to Section 96 of the Penal Code.

Prosecution Counsel, Mr Peter Amadi, alleged that the defendant injected one DCP Augustina Ihesiaba, with poison which caused her death contrary to Section 221 of the Penal Code.

He also alleged that Anyaoha stole N70 million from the various accounts of the deceased which is contrary to Section 287 of the Penal Code.

The prosecution also alleged that the defendant disposed of several plots of land in Abuja entrusted to him by the deceased contrary to Section 312 of the Penal Code.

The defendant however pleaded not guilty.

His counsel,  Mr Raeboh Sanami, could not argue his bail because he did not  serve the prosecution with the motion for bail.

After listening to both counsel,  Kekemeke ordered that the defendant be remanded at the Police facility at Garki, Abuja, until the next adjourned date.

He then adjourned until Sept. 17, for the hearing of the defendant’s bail application.

Osinbajo begins legal moves against those linking him to collapsed Ikoyi...

We have complied with FG directive on border re-opening –NIS