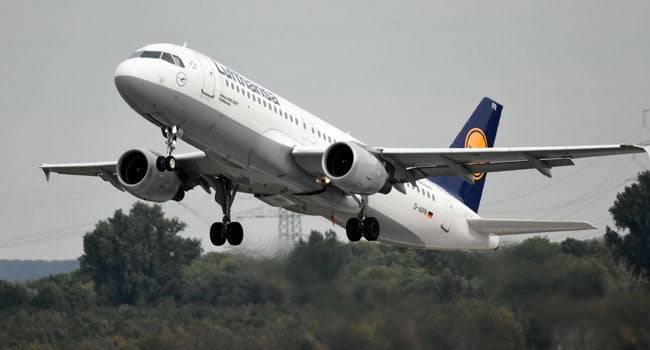 German airline Lufthansa said Wednesday it would cancel 23,000 flights across the group, a 50-percent reduction, as it tries to deal with the fallout from the coronavirus crisis.

“Due to the exceptional circumstances caused by the spread of the virus,” Lufthansa said it would scrap 23,000 flights between March 29 and April 24, with more “expected in the coming weeks”.

Up to now, Lufthansa had detailed 7,100 cancellations up to the end of its winter flight plan on March 28.

Then on Friday the Frankfurt-based group, whose brands include Eurowings, Austrian Airlines and Swiss, reported “drastic declines in bookings and numerous flight cancellations”, saying it would slash capacity by 50 percent in the weeks ahead.

Lufthansa’s subsidiary Brussels Airlines issued a statement saying it was halting all flights to and from Italy from Thursday to April 3 “due to the announcement made by the Italian government to implement further quarantine restrictions”.

Coronavirus disruption has cost Lufthansa around one-third of its share price since late February.

The group said Wednesday that its “capacity adjustments mainly affect Europe, Asia and the Middle East”, adding that it would aim to keep serving all destinations with at least one airline from its hubs in Frankfurt, Munich, Zurich, Vienna and Brussels.

Last week, the group said it would not fly routes to China and Iran until late April, while Israeli restrictions on non-resident arrivals from some EU countries prompted it to scrap flights there until March 28.

The group is also looking into temporarily taking “the entire Airbus A380 fleet” out of service in Frankfurt and Munich, amounting to 14 of the mammoth aircraft.

It asked passengers to check their flight status on the Lufthansa website before travelling.

The group is due to release its 2019 results on March 19 and will likely face questions over the expected financial impact of the epidemic.

The International Air Transport Association (IATA) recently warned the cost in in lost revenue for the industry could be in the range of $63-$100 billion.

Lessons for Nigeria from EPL, By Femi Adesina

Police arrest man, 39, for rape of 9-year-old step-daughter in Adamawa